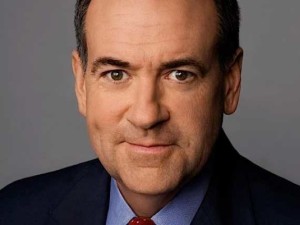 Sometimes, people need friends who will tell them to have several seat when they act a fool. Today, Former Governor Mike Huckabee (R-AR) proved that none of his friends really want him to be a better person. Nor do they care if he pisses off everyone in the universe who has lady parts.

Today, while addressing the Republican National Committee, Gov. Huckabee went on a mini-tirade against Democrats which somehow resulted in him throwing 99% of women under the bus. For some reason, he equivocates responsible family planning with out of control sexual desire. Oddly, I didn’t see him raging against condoms, just birth control. Why? Well, because conservatives don’t want to pay for liberal hoochie mamas who use birth control to reduce the risk of unwanted pregnancy. Instead, they think that’s just another example of the government playing the role of pimp to these “helpless” women.

Honestly, I just can’t with this guy. I sincerely cannot. His argument is so flawed and incoherent that I can’t even figure out how to argue with it.

A) Republicans hate abortion. Why not give women control over their bodies before they need to have one?

B) Conservatives don’t want to pay for birth control (which actually results in savings in social welfare monies spent), but they are okay with paying for Viagra? How does that work?

C) Somehow, birth control is now being linked with uncontrollable sex. Well, I guess us women who didn’t get that memo have been doing this wrong.

Sex is not evil. Women who enjoy it are not bad. Give us a break. How any sane woman remains a member of the Republican Party is a mystery to me.

One thing is for sure though, I need to head straight to the pharmacy for some free birth control. I’m sure that’s what all those women in outdoor bath tubs from those male impotence commercials do.