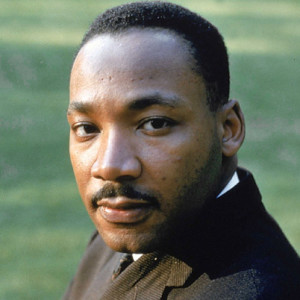 It was announced this week that Oliver Stone‘s Martin Luther King Jr. movie was scrapped because the King family didn’t approve. Apparently, they didn’t like the idea of including anything alluding to his alleged infidelity in the first big screen adaptation of his life. And they’re right.

Stone, not one to hold his tongue, shared his opinion on the decision on his Twitter page, stating:

“The script dealt w/ issues of adultery, conflicts within the movement, and King’s spiritual transformation into a higher, more radical being”

“Martin, I grieve for you. You are still a great inspiration for your fellow Americans—but, thank God, not a saint.”

And he is right … in a sense. Nobody is perfect. We all have our flaws and make mistakes. But should we see the “underbelly” of the civil rights movement, with deceit, backroom deals, and politicking just because it’s riveting? Should we cherry-pick storylines so that audiences can feel the highs and lows of a soap-opera-like protagonist? Should someone as iconic as Martin Luther King Jr. have his rumored transgressions be sensationalized on the big screen?

Michael Arceneaux wrote about his thoughts regarding Oliver Stone and this movie over at NewsOne, and he took a pretty subdued stance:

“If anything, this lends credence to the belief that the King family is more in to the idea of painting King as nothing more than a martyr than what he was: A great man with some nominal level of flaws — you know, like lots of other human beings.”

Is he for real? We are talking about the preeminent leader of the Civil Rights Movement. This is a man who inspired a nation – and others posthumously – to make radical change in the fight for equality but was killed before he could see the fruits of his labor. Now that his family doesn’t want that legacy to be forever tarnished by a big screen production immortalizing a rumor, it’s a strike against them?

Miss me with that.

The King family is doing exactly what they should be doing: protecting their patriarch and his legacy. The main reason Stone has been saying he wanted to include infidelity was to “humanize” the figure. But, are you that poor of a storyteller and producer that you can’t humanize a character without using sex? Is the use of intrigue and backstabbing your only means for creating conflict? King lived a rich and full life, with a plethora of accomplishments, setbacks, and challenges. To go the “shock and awe” route is just lazy. And to give any validity to the notion that the King family is wrong for their actions in this instance is despicable to say the least.

Put it this way, when there are big budget films depicting early American settlers as genocidal maniacs and virtually every American president as a political beast likely nurturing an addiction to money, alcohol, or women, then we can start to “humanize” King. No one is saying he was a saint but given that many people in the mainstream have no clue who he is or what he did for this country and the larger world, is it really fair to countervail his accomplishments in his 90 to 120 minute reveal?

A Martin Luther King Jr. movie is a well-deserved no-brainer, and “Selma“, another MLK biopic helmed by Ava DuVernay, still stands a good chance of being completed. King’s story takes place at such a powerful time and includes such interesting characters that getting this movie to the silver screen should take little to no effort. And moviegoers will show up in droves to see it. Let’s just hope that they focus on honoring the man instead of creating controversy.