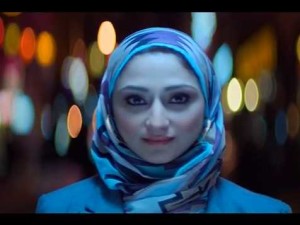 Americans are vile human beings. Besides our issues with jingoism, white superiority, and ethnocentrism, we are also stupid. So stupid in fact that we become completely bent, afraid, and offended over the stupidest things. For example, a man in Temecula, CA answered his door by pulling a gun on a young girl there to sell him cookies. Cookies. What imminent threat she presented is unknown. It is truly frightening the amount of freedom these simpletons have. But, something else happened recently that sent Americans (read ignorant white Americans) over the edge once again. It was a Coke commercial that featured people who weren’t white and English-speaking singing ‘America the Beautiful.’ Cue the tiny racist violins and white people tears.

The minute long ad called ‘It’s Beautiful‘ is a patriotic tribute to this country ‘from sea to shining sea.’ What ruffled feathers? Well, the people in the commercial weren’t the right complexion for many white viewers. You know how that goes. So, those pissed off white people had no other choice but to lash out.

Now, let’s review the commercial before I begin my analyses of the stupidity in the responses.

Yes. People in America speak Spanish, Farsi, Arabic, English, Vietnamese, Mandarin, Japanese, and a host of other languages. And, shockingly, those people also have the freedom to sing “American” songs. That’s that whole “freedom of speech” thing conservatives hold so dearly to when other ignorant folks say bigoted things (see: Duck Dynasty’s Phil Robertson). What do you think racist, bigoted white people had to say about this beautiful commercial? Luckily, we have Twitter and other social media to catalogue the idiocy for us.

Hack-job Representative Allen West (R-FL) called the commercial “truly disturbing.” An illogical reaction from someone whose own state is extremely diverse, he was probably just pandering to his Tea Party friends. I am more disturbed by his lack of spine than he could possibly be by that commercial.

Then, the hashtags #SpeakAmerican and #boycottcoke started trending on Twitter. Buzzfeed has done an awesome job of putting together the tweets but here are the highlights. White folks were mad because “foreigners” were singing the “American” song. They were fit to be tied over the use of Spanish – the forbidden language – in the commercial. Some threatened to boycott Coke because the commercial was somehow tied to President Obama and Benghazi. A few white folks figured out that Coke hired terrorists to shoot the commercial – because only terrorists speak Farsi or Arabic or wear hijabs. And, my favorite ones were the outrage of having a gay couple in the commercial. One person actually said that lost “his respect” for the Coca-cola brand. You know, because gay people are not supposed to be seen or heard like ever.

How dare Coke feature other human beings during the Annual Old South Plantation Extravaganza that is the Super Bowl? How dare a company that peddles bubbly sugar to diabetic obese folks become immediately un-American by letting foreigners, terrorists, and gay people sing our song? At least there were no “thugs” featured in the commercial. Folks would have died…again.

And what are these imbeciles to do now? Drink Pepsi?

I cannot with these people. I intentionally didn’t engage anyone via social media on this because I think it is unfair to chastise other people’s children. I am going to the leave these white people to other white people. There are enough completely clear-headed, rational white people out there to handle this. I know because I recently interviewed at least four in my ‘Preaching to the Choir‘ series.

I am immensely worried about this country if there is this much angst towards non-whites and non-heterosexuals. It almost seems inherent to public life at this point. We just have to be angry and hate on another all the time. It’s sad.

As the dominant group sees its power waning, it just doesn’t want to go down without a fight. Hopefully, that means we are near a tipping point. Maybe this is just the climax before we get to the end of centuries of shameful racial, orientation, and gender hatred. I’ll have my fingers crossed…and my hand around an icy can of Coca-Cola awaiting the final credits.