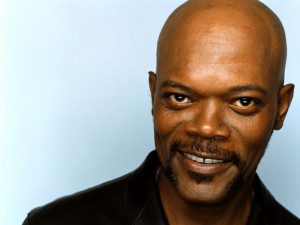 I am not usually a Samuel L. Jackson fan. He often yells too much for my taste. Though, I loved him in Snakes on a Plane. But, he won me over Monday when he went off on a white newscaster who couldn’t pick him out of a line up if he had a name tag on his bald head. Apparently, the entertainment news veteran got his black men in Hollywood mixed up.

Jackson was dead right when he tore into KTLA’s Sam Rubin who mistook the black actor for another black actor, Laurence Fishburne. Clearly two very different men with very different characters under their belts – Jackson has been Nick Fury in the Marvel movies while Fishburne is known for his “Morpheus” in The Matrix series – Jackson was not having it. When Rubin asked him about his Superbowl commercial – the one featuring Fishburne –  he said, “What Superbowl commercial? See, you’re as crazy as the people on Twitter. I’m not Laurence Fishburne! We don’t all look alike!”

Yeah that happened. Don’t believe me? See it for yourself.

My favorite comeback of Jackson’s was when he said the following.

Oh and this part from Jackson.

“I’ve actually never done a McDonald’s or Kentucky Fried Chicken commercial. I know that’s surprising. And, I’m the only black guy in the RoboCop that’s not a criminal.”

Rubin later apologized. And rightfully so. Someone with his experience in entertainment for so long should have working knowledge of greats like Fishburne and Jackson.

This is actually hilarious and embarrassing for this guy. I’m sure nothing will come of it because he’s white. But, Jackson’s commentary about fast food and criminals was his way of saying, “Don’t put all black men in a box. We do have dimension and complexity. Thanks for playing though.”

I’m not sure Rubin will get the message. But, I bet you he knows EXACTLY who Samuel L. “Mother Fu@#ing” Jackson is now.