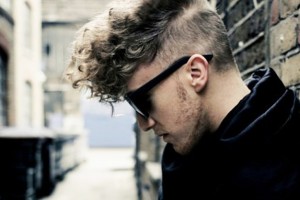 This UK soul singer seemingly came out of no where. His sleeper hit “Alone Together” featuring Marsha Ambrosius steadily grew in popularity for months, first bringing his name and one-of-a-kind flair stateside. And now, after an agonizing wait dotted with a string of other singles, his debut album has been released.

And it does not disappoint.

Days & Nights is truly an artistic masterwork of an album. The opening track, “Time Travel” sets the stage for what is to come. Daley effortlessly melds disparate genres of music from across time, creating a refreshingly current sound. This nouveau futuristic banger takes negro spiritual elements and infuses them with electronica undercurrents. It starts off mellow but goes hard once it hits the chorus.

“Look Up” has a solid old-school groove to it, utilizing a sparse backing track a delicate string section and laid-back bass guitar to transport us back in time once again. And lyrics don’t get much more ingenious than “If the stars fall down from the sky, I will put them all back in time, so you know that when they shine they shine for you.”

Modern music would be served much better if it tackled serious issues like it used to do. “Blame the World” is a great example of that because it elevates a simple “you messed up and now you miss me” song into something that translates in other situations. And it does all of that with a slight but oh so intelligent Marvin Gaye influence.

The other genre busting move Daley makes on this album is the level emotional depth and lyrical quality that his is able to achieve. R&B can often fall into the trap of repetitive love songs, and people forget that they can work outside of that box.

This is just what he achieves on “Be”. The song itself has hints of disco in its bassline, but the additions of an electric guitar and wistful piano smooth things out. And lyrically, we see Daley explore the possibility and accompanying awkwardness of trying to reconnect with an ex. His words are simple, but carry loads of meaning and emotion.

“Broken” takes up the struggle that follows after a hard breakup. Daley passionately laments the cycle of relationships in which you put yourself out there only to end up hurt. The song is the perfect showcase for his immaculate vocal clarity. It is truly stunning what can be done when a beautiful voice is given room to breathe.

“Love Somebody” speaks to the base human need to be loved. It’s anthemic in a way, reminiscent of the Beatles in its rhythmic simplicity and discussion of real life issues. “It’s sad but it is true, you put your own head in a noose when you love somebody.” Daley is a master of putting songs together that not only complement his voice, but always feel like they come from an honest place.

Days & Nights is probably the most unique R&B/Soul album of the year. While it falls in line with the recent current of modern R&B counter culture, Daley proves himself to be a true innovator in the genre. Days & Nights is art. This collection of songs is not just what some marketing team decided would reach an audience or market best; these are heartfelt and personal songs being shared with the public. And isn’t that what art is supposed to be?