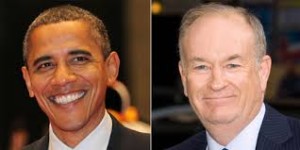 If you are reading this post on this website then you likely know that Fox News is not a news organization. You probably know that everyone there is borderline crazy. You also probably know that they really represent all of the worst things about American Conservatism. If you don’t already know those things, then you will hate this rant about Fox News’ Bill O’Reilly disrespecting sitting President of the United States, President Barack Obama, in an interview before last week’s Superbowl game. Honestly, I couldn’t care less about your opinion if you fall into that latter category.

O’Reilly started the interview off talking about the Affordable Care Act (ACA) or ‘Obamacare.’ The President made it clear that 3 million people had signed up – which is a considerable victory for the legislation – and that he was happy with the current outcomes. So, what did O’Reilly badger him about? Why he didn’t fire United States Secretary of Health and Human Services Kathleen Sebelius. Basically, O’Reilly is still back in October of 2013 with his interview questions. He has no journalism credentials or chops to walk through any of the President’s current efforts on immigration reform, women’s rights, education reform, or anything else for that matter.

Then, O’Reilly turned to Libya and the attacks that happened in September 2012 in Benghazi. Yes, Republicans and conservatives are still talking about Benghazi. Time machine much?

President Ba-Rock-Tuh-Duh wasn’t having it though.

O’Reilly: “Your detractors believe that you did not tell the world it was a terror attack because your campaign didn’t want that out. That’s what they believe.”

Obama: “Bill – and they believe it because folks like you are telling them that.”

No, President Obama is not a punk. O’Reilly and the crazies at Fox News are not going to back him into a corner.

Not only did O’Reilly ask incredibly loaded, incredibly slanted questions throughout the interview, he repeatedly interrupted the President, speaking over him as if he was talking to some random guy off of the street. He disregarded President Obama’s valid answers to his idiotic questions. He even chuckled at the President in sarcasm when Obama attempted to connect with him on working hard in America.

Luckily, President Obama was in no mood to acquiesce to the bullying O’Reilly was attempting to lay down. He called the faux journalist and the Fox News brand out for stoking political flames even where there was no controversial fire.

This interview was a monumental time suck for President Obama. He will never get those minutes back. Sadly, neither will we.

I don’t care what the cue cards say or what the uninformed voters think about President Obama; a sitting president deserves respect. I vote that O’Reilly never ever have the opportunity to speak to, email, or otherwise contact a sitting president ever again. He is far too consumed in his own self-importance to value and properly utilize the time and attention given to him.