‘Guardians of the Galaxy’ Trailer [VIDEO] 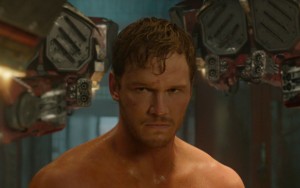 Last night on Jimmy Kimmel Live, the first trailer for Guardians of the Galaxy was released. And unlike many recent comic book movie releases, this one appears to doing a great job of honoring its source material.

Not familiar with Guardians of the Galaxy? The team actually has a long and complicated history (like most comics), but the easiest way to describe them is The Avengers … in space. They fight to save the galaxy like their name implies, but they are pretty much a band of wanted criminals too. Just to keep things interesting.

Comic fanboys and fangirls are amped about this film because it opens the door for Marvel to explore more of its universe outside of Earth. As such, it seems that Marvel has gone to extra mile to not only have the visuals be top-notch, but also have a solid story. The casting seems to be impeccable, with Chris Pratt nailing the comic sensibilities of his character Peter Quill (aka Star-Lord) from the comics. This one is looking like a winner.

The “Phase 2” film will hit theaters August 1st, 2014. It also stars Zoe Saldana (Gamora), Dave Bautista (Drax the Destroyer), Bradley Cooper (voice of Rocket Raccoon), Benicio Del Toro (The Collector), and Vin Diesel (voice of Groot). Check out the trailer below and hit the comments section with your reactions!