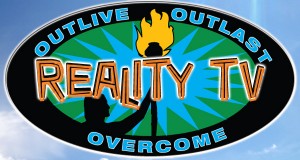 With great power comes great responsibility, and reality TV has it in spades. However, this power can be used for good or for evil. And most commonly, that power is being used for evil.

News broke this week that Real Housewives Of New Jersey stars Teresa Giudice and her husband Giuseppe “Joe” Giudice plead guilty to four fraud charges. Joe Giudice stands to be sentenced to a potential 37 to 46 months in jail; Teresa’s potential jail time is 21 to 27 months. This all comes after they were indicted in July 2013 on 39 counts of fraud, with the government alleging that they lied in their bankruptcy proceedings about their income from the show, provided false income statements on loan and mortgage documents, and failed to file tax returns. In their current plea deal, Teresa will have to fork over $200K in July in addition to whatever jail time is imposed on the couple.

That’s a lot of consequence for trying to keep up appearances.

But on a larger scale, this points to the pitfalls of sharing your life on a reality TV show. You get the fame (and some of the fortune) for what really in minimal effort. A large part of these shows is sharing what already goes on, while there are often staged scenes and get-togethers to help build a substantial storyline. The problem comes when people feel the pressure to maintain the persona they have created outside of filming.

Just as tragic, this type of fame is fleeting. Networks see almost all of their reality stars as disposable, knowing that they can plug someone new in their spot for the next season and most likely retain all of their viewership. Very few stars (Dancing With The Stars newbie Nene Leakes, and to some degree, just cancelled talk show host Bethenny Frankel come to mind) have been able to achieve any substantive success outside of their shows. In many cases, this creates a powderkeg of tragedy just waiting to explode.

I can’t imagine how being held to an edited characters actions into perpetuity can play on your mind. But from what I see, it takes all of the downsides of being a traditional celebrity and compounds them. It’s all the fame. It’s all the paparazzi. It’s the loss of privacy. But with none of the luxuries wealthy celebrities enjoy. They don’t have access to the high-priced therapists and life coaches that help maintain mental stability. They don’t have a personal staff to pamper them and take care of their everyday needs. By and large, these reality stars still have to operate in the real world, where people don’t understand the reality TV lifestyle. And that must be isolating.

So what is the solution? Well, keeping some things private would be a start. Just because you are paid to share your life does not mean that every juicy detail needs to make it to air. And not having everything out there helps to maintain your humanity outside of entertainment.

Still, as trite as this may sound, everybody should focus on keeping it real. Celebrities, reality TV stars, and regular people alike are all just people. Our occupations cannot devalue that fact. In that spirit, no one should attempt to be anybody other than who they are, no matter what the edit says.