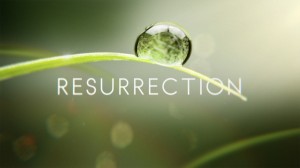 Network television isn’t always good television. They pander to the masses. They recycle and repeat the same old material, watering it down with each new iteration. But ABC’s Resurrection, while not a completely new or novel premise, has found strength in simple, strong storytelling.

The series starts off strangely enough. A young white child awakens in a rice paddy in China. He wanders the small town until he is found by some Chinese women, and eventually, end up in the hands of Immigration agent J. Martin “Marty”  Bellamy (played by Omar Epps). Though the boy won’t speak, he gives enough clues to lead them to his home in Arcadia, Missouri. And when they knock on his door, they run into a little problem: he died over 30 years ago.

Meanwhile, a mysterious man is hitching his way to the same town, claiming he has a boy there. And once he is discovered in town, we find out he is the deceased father of another character. The plot thickens.

It’s quiet, silent moments are where this drama shines the most. As a testament to the superb acting on this show, oftentimes so much is said without words, just action and facial expression. This allows Resurrection to not rely on any fantastical sci-fi effects or a bullet train pace. On the contrary, everything seems to move in slow motion on this show, making each moment that much more compelling.

The most intriguing character to me here, is Epps’ Marty. He plays his scenes straight as an arrow, but there is something curious about a government agent being the first to buy into the strangeness going on here. He disobeys his orders. He follows his hunches. But his demeanor is of someone who would do just the opposite. My hunch is that he is simply yearning for an adventure, like the impossible belief that people are returning from the dead proves too intriguing to dismiss.

If you’ve missed the show, stream episode one here and episode two here. The promo for the next episode is below!