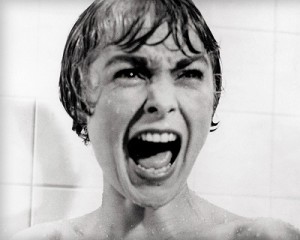 It seems the quickest way to see a white person in America clam up is by mentioning the obvious. I have done this many times without meaning to. What did I do? Well, I just started talking about the color of my own skin. You see, it’s brown. I just so happen to be a black woman. This fact – though normal to me – seems to send white folks into a tizzy whenever I talk about it. I have termed this issue “hyper-racialism.” And, it just so happens to be colorblindness’ ugly, disfigured cousin.

Colorblindness is a unicorn. It is a figment of our collective imaginations like dragons and fat free milk. It is the assertion – mainly by whites – that it is possible to be ‘blind’ to the color of one’s own skin – and anyone else’s. Somehow, by simply ignoring skin color altogether, colorblind and post-racial zealots believe that all racial animus will be assuaged. Not so.

As Aamer Rahman has noted, race and racism are intrinsically linked to history. Racial genocide is in our blood. As long as we have history books, old people with memories, and our own functioning cortexes, we will have racial animus, awareness, and shame. To be actively colorblind is to be self-inducingly ignorant.

And who wants to be ignorant?

This is the equivalent of closing your eyes when you see someone’s broken arm. Simply shutting it out doesn’t make it go away. And, it does nothing to help the person who has the broken limb. All it does is make you look like a jerk for being insensitive, in-compassionate, and too immature to handle the situation like an adult.

What’s worst about this new trend in racial ignorance is the forced conformity which ensues. In many respects, folks who adopt this theology of impotence and ineptitude in dealing with race expect everyone around them to do the exact same thing. Regardless of how others feel about themselves, colorblind people assert that everyone has to be blind to color – even people of color. Now, how the heck does that work?

See, that makes no sense.

It helps the white person not feel responsible for whatever the black person has experienced or is experiencing because of institutional racism – which permeates every single fiber of this country’s existence. But, it burdens the person of color with the onus of handling the race conversation rather than the person struggling to acknowledge that race is a real thing.

This I-Don’t-Have-to-Consider-That-Because-I-Am-Not-Affected-By-It Phenomenon is the functional basis for white privilege.

So, when someone like me then brings up race, it sends these folks into a tailspin. Let’s walk through an example.

One day at work I was discussing the movie ‘Avatar.’ Having seen it several times at that point, I was excited about it. I loved it. I was in a small circle of people whom I discussed things with all the time from politics to pop culture.

One young lady, who I often ate lunch with, mentioned that she hated the idea. When I asked her why, she said, “They looked like Thundercats. And, they were blue.” I laughed at her, not with her, because I thought that was probably one of the most asinine responses I had heard for disliking the groundbreaking film.

I replied, “Well, I’m brown. Does that mean I look like poop?” Then I chuckled to myself.

The entire circle of about six white people looked like I had just called them the KKK. Everyone got the “back away slowly” look on their faces as I stood there confused. “Woah Jenn,” one guy said with an awkward grin. Then I realized what was happening. I had played the…wait for it…race card. I had acknowledged the color of my skin that everyone already saw – though in a completely harmless way – and made everyone in the circle feel like their first name was Jim and their last name was Crow.

The sudden feelings of guilt and paranoia they experienced likely came from not knowing what the heck to say next. And, from being too afraid to touch the conversation further.

What Can We Do to Fix It?

Honestly, this is a white people problem. Like traditional white guilt (usually rekindled when movies like ’12 Years a Slave’ come out) and white tears (typically induced by white mistakes like blackface Halloween costumes), I’m not here for owning this issue.

I have and always will be an advocate for educating people – hence my job title. But, it isn’t for people of color to have to teach white people anything about race relations. And, people of color shouldn’t be expected to do so. I shouldn’t be deemed a mean girl if I don’t like people touching my afro. Why? Because my hair isn’t a science exhibit. And, no person of color should have to explain what they eat, how they cook it, and what it tastes like. Why? Because this isn’t National Geographic. People of color have a right to live outside of white people’s guilt bubble.

I say we just exist. The best thing we can do to move past this psychotropic drug of colorblindness is to confront race head-on.

We just keep being fully black, brown, red, yellow, beige, and everything in between because God has given us a right to be so. Let the white-guilt-paranoia chips fall where they may.