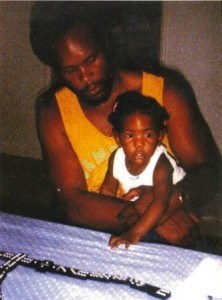 m losing my dad to cancer. I decided to write about it now so I never have to write about it again. He has been battling the disease since last summer. And, I won’t detail his medical condition here. I am not a doctor so I can’t properly articulate it anyway. I am just his daughter. And I love him. Though we have had a tumultuous relationship, losing him has always been one of my deepest fears. A fear that has been haunting my nightmares for as long as I can remember.

“Hand me the wrench,” my Daddy once said as we sat on our back porch, him fixing something important and me pretending to fix something with the toy tool box he had bought me. “Here you go!” I chimed in my three-year-old voice handing him a red wrench. I then took the yellow hammer out for myself and mimicked him nailing down the wooden planks on the porch. “Good job,” he said.

This is one of my earliest memories of my dad. He and my mother divorced a few years later. But, I had always been and continue to be a Daddy’s Girl. His words have always carried an immense amount of weight in my life – a fact my mother still loathes.

Then, there was that time in junior high school when I introduced him to my new teacher as “Terry.” That was his birth name but “Ato” was his chosen name. I think I knew that but since the mail that came to my mom’s house always said “Terry,” I just blurted it out anyway. “You know that isn’t my name.” he told me later right after telling me that just because I was going to public school now, I couldn’t start getting B’s and C’s. We both laughed at the idea of me getting C’s in school before we parted ways.

There were the times when I’d be sitting and watching my father play Dominoes and Spades. He would always win. Same went for bowling. He had so many ‘300’ rings that he had no reason to wear them. I imagine I got my competitive nature from him. I also got his sarcasm, his courage, his wit, and his bluntness too. This isn’t to say I didn’t get anything from my mother. I credit her with my patience, empathy, forgiving spirit, and my tenderness toward my children.

My dad is a lion. Born under the Leo moon, he has always reminded me that I was born three weeks late sliding me into Virgo territory. I personally think I am more of a ‘Lergo.’ But he and I both know that his personality, frame, and reason dominate in my identity. So much of me comes from him. 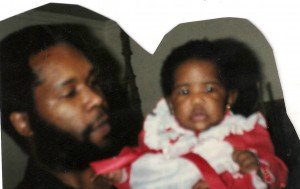 My dad is a writer. A proud southpaw. He has been known to throw down a mean poem or two. I imagine he would have chosen writing as a profession had he had the opportunity. And here I am writing about that so you know the saying about apples and trees.

In high school, things fell apart. There were points when I thought we would never see eye to eye again. But, I think our mutual love for one another would never have let that happen.

He was the one who always told me he was proud of me. It was our time apart that made him more in awe of my talents and abilities than those who got to see me – and get annoyed with me – everyday.

And now, I am losing him. He is trying his best to hold on. And I am praying for him daily. The end is not here yet. But, the great thing about this time of uncertainty is that I still have all that he has poured into me. I still have my memories. I have my sometimes brash personality that only he truly understands. I have his gumbo recipe ingrained in my mind – though mine never quite tastes as good as his. I have three beautiful children who each have some feature of my father spun into their tiny faces. I have good and bad, embarrassing and proud moments that will always remind me of the beautiful man my father is and always will be.

I know we all grieve differently. But, I am choosing to celebrate what I have, not mourn what I may lose. Instead of hoping or praying for a miracle, I am choosing to see my dad’s beauty, his spirit, his love, and his presence as the gifts from God that they are.

It hurts. The pain comes and goes in a wave-like pattern. Memories and tears surge and regress like sea-sickness on a rocky ship. I keep thinking of how we have ended every phone conversation for as long as I can remember – except recently since he has not been up to long phone calls.

“That’s right. No matter what.”

That has so much more meaning for me now.

He recently urged me to go ahead and make the move to Chicago. I had been toying with the idea of staying in California to be closer to family. He told me to go get my PhD and accomplish my dreams. I guess he didn’t want to be the reason for any future regrets.

Not always a religious man, my dad has always had preacher tendencies. He once told me, “You know dah’lin, the great thing about life is that everything has an end. You can get through anything if you just remember that it’s temporary.” When he told me that in my senior year of high school, I thought he was talking about boys, college, or navigating adulthood. But – ever the philosopher he is – he was talking about the experience of living. And, he was right that day. Everything does have an end. Everything except one thing. Love. Luckily for he and I, that will go on forever, no matter what.