For Better or Worse, Black America Finally Has the Spotlight 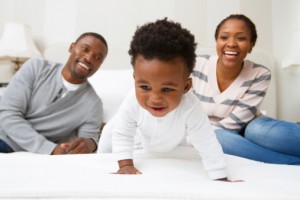 For most of President Obama’s past six years in the White House, his handling of the ‘Black Problem‘ has been lukewarm, and deliberately understated. For political reasons, his rhetoric on issues like the Trayvon Martin case, high unemployment rates, and wealth disparities has been tame and meager. However, recently, it seems the prominence of issues facing the black community has increased by orders of magnitude. Even several studies have been devoted to reporting on the status of the Black Family and Black America. Sadly, the results have been overwhelmingly negative.

In the May 2014 issue of EBONY Magazine, the publication details their joint Survey of the African American Family with the W.K. Kellogg Foundation. To address the  dearth of black voices in the academic and social research of black families, the study polled 1,005 African Americans asking them questions ranging from personal and relationship topics to economic empowerment and mental health. The findings – though extremely valuable – were disappointing overall.

“Our survey highlights other challenges facing Black families in post-recession America: Homicide is still the leading cause of death for young Black men, too many of whom live and die in neighborhoods where their dreams have been boarded up like the foreclosed homes, and gun violence and drugs proliferate. Echoing this, a shocking 44 percent of survey respondents said they had lost someone to homicide or suicide. Blacks are also 55 percent more likely than Whites to be without health insurance, which may account for survey respondents’ embrace of the Affordable Care Act, with one-third already signed up or planning to do so. And large numbers of Black children still attend schools with woefully inadequate resources.”

While those sampled in the study underscore ongoing inequality in job opportunity and socioeconomic growth, according to Ron Lester, who led the survey, the old adage “When America catches a cold, Black America catches pneumonia” still applies in some very tangibly dangerous ways for black families.

The National Urban League also released the 38th State of Black America Study which echoes many of the same findings as those Lester notes as detrimental to the Black Family. Where there were slight gains for blacks in civic and political participation, household incomes are still just 60% of that of whites, poverty rates are nearly three times that of whites, black median wealth is 6% of whites, and unemployment rates for blacks versus whites still stand at a 2:1 ratio. The picture is bleak to say the least. Other indicators of socioeconomic growth – like education, and health outcomes – haven’t changed year over year.

So, while it is a good thing that the issues facing the black community have drawn attention in the media (no doubt more so in the Black Media than elsewhere), it is still an overall bittersweet happening. Airing our dirty laundry for all to see is both empowering and problematic. These findings often become fodder for anti-black conservatives seeking to misuse and warp statistics like these, wielding them as a weapon against the very communities they are intended to serve.

I explain this to my students as an issue of perspective. It’s like watching “The March of the Penguins” as narrated by Morgan Freeman. Somehow, hearing Freeman’s narration makes each little waddling penguin seem completely riveting, unique, and awe inspiring. But, had it been some random Joe narrating, we’d never know (or care) about those flightless movie stars at all. That, to me, is the current appetite for issues facing the Black Community. Mainstream whites have the option to regard or disregard these facts at whim. Palatable topics are digested while the unpalatable ones (which induce white guilt) are avoided altogether. And, depending on who is doing the narrating, the findings can harm blacks more than help.

I sincerely hope that these studies amount to more than just a drop in the bucket of social narration. Their findings are relevant, discouraging, and simultaneously cogent in informing policy for black Americans. Let’s just not start holding our collective breath waiting to see if Washington DC heard the message. I would hate for anyone to pass out from oxygen depletion waiting around for our government to actually do something for those in need.