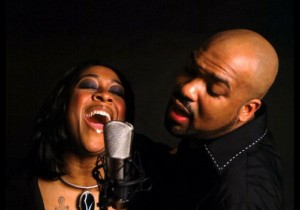 The first single off of Kindred The Family Soul’s forthcoming album A COUPLE FRIENDS, “Everybody’s Hustling” is a fundamental soul explosion. The duo might as well be straight out of the 70’s with their inspiring opus about making it.

Kindred The Family Soul, composed of the married Fatin Dantzler and Aja Graydon, is known for their conscious music and Philly soul roots. They first hit the nationwide music scene in 2003 with their album Surrender to Love, led by the singles “Far Away” and “Stars”. And they’ve been steadily releasing work since. Most recently, their 2011 concept album Love Has No Recession features collaborations with the likes of Bilal, Raheem DeVaughn, and Snoop Dogg.

And “Everybody’s Hustling” stays true to the group’s track record of making music that is both immediately relevant yet pulling from classical music origins. They tell stories of single-parent households working two jobs when they need four and the fallacy of seeking worth from money. The central theme here is that life is a struggle, but we need to maintain our souls in the midst of it all.

Listen to the song below and look out for the album A COUPLE FRIENDS June 10, 2014.