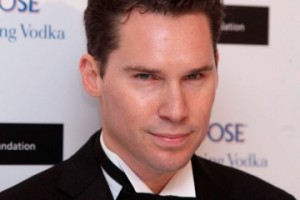 The idea of the casting couch isn’t a new one, but the allegations made against X-Men: Days of Future Past director Bryan Singer obviously take things to a new level. Actor Michael Egan has accused him of statutory rape and forced use of hard drugs. This allegedly took place at a regular underground Hollywood party that targets underage boys and brings them together with older Hollywood heavyweights.

Everyone is innocent until proven guilty, and Bryan Singer has already come out with supposed proof that his was in Canada shooting X-Men during the period of time the allegations cover, but the bigger question here is “Why does the casting couch persist?” The answer is a simple one: desperation.

Have you ever heard of a situation more primed for desperate parties to meet? On one end, you have an actor who lives day by day trying to prove his worth in an industry that values a select few and deems him disposable. On the other end is someone who has the power to make his dreams come true but either is extraordinarily unlucky in love or suffers from sexual deviancy. Their desperation joins them, though one party clearly has much more to lose than the other.

And don’t believe that casting couch antics are of the past. To this day, they still remain incredibly pervasive. Stars such as Gwytheth Paltrow, Susan Sarandon, and Megan Fox all claim to have experienced casting couch pressure at one point or another. While these actors may claim to have resisted, the fact that they all had advances made toward them points to others saying yes. And actors like Corey Feldman claim that sometimes “no” is not an option for some underage performers. There is something that much more sinister when the victim is a minor.

But there are those are working to combat this practice. Oscar-nominated documentary filmmaker Amy Berg has reportedly been working for two years on a documentary focused on sexual abuse in Hollywood. The allegations made by Michael Egan towards Bryan Singer are said to be a part of her film. And this is familiar territory for Berg. Her 2006 Oscar-nominated documentary Deliver Us From Evil covered sexual abuse in the Catholic Church.

Any tale of rape always has two tails: the victim and the accused. And as intimate crimes go, it is often hard to take sides. Should we protect the victim? Are the accusations false? Mix in the power and seduction of Hollywood and you’ve got a massive mess. And the saddest part is that we may never have definitive answers in either case.

But we do know that, for Singer, his name will be associated with casting couch rumors and statutory rape allegations from now until eternity no matter what actually happened. Such is the way of the internet. And for victims like Egan, unless there is proof of the assault, the guilty parties will continue to live lavish lives and prey on more desperate souls. Such is the way of Hollywood.