Dudebro Tal Fortgang Schools Us on Why Privileged Whites are Unapologetic 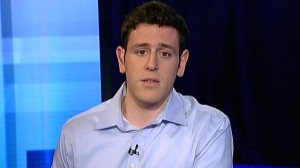 Somewhere, an affluent white male is unapologetic about his white privilege. So there. He also goes to Princeton. Give it up for the dudebros.

I originally saw this article by the courageous dudebro, Tal Fortgang, about a week ago when it was printed in the March Issue of The Princeton Tory. I read it, got angry, read it again, thought about writing something, said ‘nah,’ read it again, then I thought if I just ignored it, it would simply go away. Well, TIME reposted it a few days ago so I guess my inner turmoil  and individual anti- attitude toward it did nothing. Alas, white privilege wins again.

I am not going to say what you think I am going to say. I’m not. But, I do have a lot to say. Let’s start by covering the salient points of Mr. Fortgang’s piece.

First, let’s note that his rant was instigated and initiated by having been reprimanded by “moral superiors” at his Ivy League university. Likely an uncomfortable feeling as a self-righteous know-it-all, this sent him into a full temper tantrum.

““Check your privilege,” the saying goes, and I have been reprimanded by it several times this year. The phrase, handed down by my moral superiors, descends recklessly, like an Obama-sanctioned drone, and aims laser-like at my pinkish-peach complexion, my maleness, and the nerve I displayed in offering an opinion rooted in a personal Weltanschauung. “Check your privilege,” they tell me in a command that teeters between an imposition to actually explore how I got where I am, and a reminder that I ought to feel personally apologetic because white males seem to pull most of the strings in the world.”

Apparently unaware of what the euphemism “check” means, Mr. Fortgang assumes that it is a way of asking him to exit his individual Ivory Tower and feel white guilt. He mistakes the reminder that folks in positions of power, influence, and celebrity are overwhelmingly white and male and therefore insulated from having to answer to moral authority on many occasions as an imposition on his right to not give a crap about what his instructors have to say at all. Interesting.

Let’s continue. Mr. Fortgang then waxes poetic about the lives of his predecessors noting their experiences during the Holocaust, fleeing Poland to find a better life, starting in America with close to nothing, and, eventually, achieving the American Dream.

“Perhaps it’s the privilege my grandfather and his brother had to flee their home as teenagers when the Nazis invaded Poland, leaving their mother and five younger siblings behind, running and running until they reached a Displaced Persons camp in Siberia, where they would do years of hard labor in the bitter cold until World War II ended. Maybe it was the privilege my grandfather had of taking on the local Rabbi’s work in that DP camp, telling him that the spiritual leader shouldn’t do hard work, but should save his energy to pass Jewish tradition along to those who might survive. Perhaps it was the privilege my great-grandmother and those five great-aunts and uncles I never knew had of being shot into an open grave outside their hometown. Maybe that’s my privilege.”

His provision of anecdotal experiences by his greats seems to be a build up to a story about himself but falls just short of explaining his own experiences with adversity in this country. That doesn’t happen. At all.

“While I haven’t done everything for myself up to this point in my life, someone sacrificed themselves so that I can lead a better life. But that is a legacy I am proud of.

I have checked my privilege. And I apologize for nothing.”

The stance is interesting yet utterly non-unique or surprising. Plucking his singular storyline from an aggregate White Experience just to say “hey, I am somehow different from all those other rich white people” seems to counter his very argument that using race or gender to identify privilege  is fallacious. Yet, I digress.

There really is no need to walk through the historical experiences of peoples of color in this country or around the globe historically and presently as counterarguments to this piece. Nor is it useful to explain how the disadvantages for people of color are directly correlated with gains (deserved or not) for whites. It probably also isn’t helpful to note that institutional racism in the form of actual legislation prevented people of color from starting businesses, buying homes, exercising citizenship at the ballot box, or securing gainful employment until just a generation or so ago. And, I’ll bet that this dudebro won’t benefit at all from tracing the generational poverty handed down via societal instruments like mass incarceration in communities of color.

Nope. I won’t even try with any of those things. Instead, I offer one thing: Congratulations.

Mr. Fortgang’s family escaped harrowing circumstances – likely not of their own doing – just to ensure that young men like him had a fighting chance. They risked life and limb so that he could attend one of the best universities in the world. They started businesses, defied odds, and ensured monetary security for their posterity. They were the little guys so that he could become a big guy – a big guy who, in their time, would be precisely the unapologetic ass hole creating or contributing to their dire circumstances in the first place.

So, congratulations Mr. Fortgang. You are the product of a people’s plight come full circle. You are so far separated from the horrific conditions once ailing your own great aunts and uncles you never got a chance to meet that you don’t even have to have a civic duty to prevent those conditions happening again. And, it only took three generations. Impressive. Started from the bottom now we’re here I guess.

Relying on the past accomplishments and tragedies of generations long gone to bolster one’s argument against compassion for those experiencing precisely the same circumstances at present is sad. While apologies are unnecessary, acknowledgement certainly isn’t a far off consideration. No? Acknowledgement that the situations your very own ancestors were forced into were unfair, unjust, racially motivated, hateful, and, in some cases, downright evil? Acknowledgement that those in power during that time possessed much the same attitude you do today: unapologetic, self-congratulatory, unempathizing, and socially isolating?

You see, what those professors are asking you to check is the daily death rate for young black men and women. Like your greats, they are systematically and routinely exterminated because of America’s ongoing “Black Problem”. They were reminding you to check the limitations placed on Latinos seeking membership in the Great Union. Like your own grandparents, many folks arrive here with little – not even the English language – but are barred from citizenship and ostracized by dominant culture. Those professors likely wanted you to check the poverty rates in this country your family thrives in. Like your own father, those in poverty struggle to be present in the lives of their own children having to choose between a low-paying job (or two) and being the kind of parent they truly want to be. For people of color, poverty continues to outpace whites by 300% or so. But, you wouldn’t know anything about that. Because, you know, privilege.

I know this guy is backed by conservative nutjobs. But, that doesn’t change the fact that TIME gave him a reprint. And, in some small way, their repost is an endorsement of the ideals therein. That’s unfortunate. But, there is one silver lining here. While Mr. Fortgang won’t apologize for his privilege, he at least acknowledges it exists. While he refuses to “check” it, he is fully aware that it has benefited him innumerably in his short lifetime – he is just a freshman at Princeton. He just doesn’t give a shit. Now that, that is a wholly different problem.

For now, let’s just say this though, dudebros have a caped crusader named Mr. Fortgang in their corner. They won’t go quietly into the night. They won’t go down without a fight. They have their ancestors’ struggles behind them. And, certainly, that’s all they need nowadays.