To Be a Black, Female, “Special Negro” 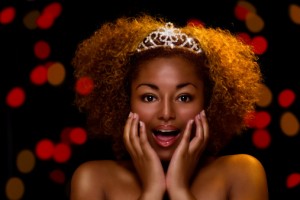 I have been called a “special negro” since elementary school. It started when my love of math turned into a game of wits for older kids who were not so good at it. My diction, my unintentional word choice – from hours and hours of reading the Encyclopedia Britannica (yes, I predate Google), and my overall poise made folks think I thought I was “all that.” They told me I thought I was better than them. While it wasn’t true, it still resulted in the name-calling and the isolation many geeky black nerds (glerds)  experience in circles where mainstream ideals are pervasive and normalized. I still get the occasional “special negro” insult. I have to ask though: Isn’t it about time we retire that term and find more effective ways to empower ourselves?

If you have never heard the term “special negro” before, count your blessings. It originated as the “house nigga” in slave days. It later evolved into “uppity negro” in the twentieth century. And while terms like “bourgie”, “uppity”, and “high saddity” still prevail, it is the “special negro” moniker that is the most dubious. The special negro is the token black person. He or she is the individual that white people are talking about when they mention their one black friend. Being tokened has an equal and opposite effect. To whatever degree one is accepted by whites, one will be equally rejected by blacks – or so it seems.

The problem with this is that neither of these events is within one’s control.

For every time I have had a white person adore me, I have had at least five others who found me repulsive, outlandish, or simply uncivilized. I went from being called a “white girl” in high school in Oakland to being called a “black bitch” who needs to “go back to Africa” when I got to USC. My math books and accolades in school never shielded me from the ire of whomever deemed me unpalatable to their own definition of blackness. Whether I wanted to be accepted by either group was never of concern. Instead, snap judgements and ill-informed categorizations of me determined whether I was tokened or deemed a “special negro.”

I find that black women suffer these conditions more so than black men. For black men, to assimilate into white culture is judged positively by black elders. When young black men conform to society’s ideals for proper etiquette and behavior, they are typically rewarded handsomely. Black nerds on television are often male whiz kids. Jaleel White as “Steve Urkel”, Taj Mowry as “The Smart Guy”, or LeVar Burton as “Geordi Laforge” are just a few examples. And, if black men choose to date outside of their race – particularly with white women – it is something they are allowed to do with pride. They are rarely shamed or openly rebuked as threatening the tenets of what is to be a “true” black man.

These are often the very same individuals who lash out at black women who are tokened – voluntarily or otherwise – by whites. If black women date white men, they are put through the ringer. Questions about who runs who in the household and why these women “can’t find a good black man” dominate.

When it comes to education or careers, black women are chastised if they want upper-level graduate degrees before starting a family. Black women in the workplace are seen as threatening when they assert themselves or defy stereotypes. I learned this the hard way in my very first job. There is a certain twoness, noted by WEB DuBois’ seminal work on “double consciousness,” which one must learn to navigate when interacting with both blacks and whites as an educated, upwardly mobile black woman.

While black women have told me I thought I was “all that,” it has only ever been black men who called me a special, magical, or “black snowflake” negro. Black women are not off the hook here. We have a long ways to go in terms of empowering one another. But, I find that the male privilege black men enjoy sometimes convinces them that black women in positions of power are things to be feared rather than embraced. The name calling and insults are just desperate attempts at position grabbing in a losing fight.

The sad thing about it all is terms like “special negro” assert that reading books, liking math, or being otherwise educated or capable makes one “special.” Imbedded in the term is the notion that black people are all the same. Not only that, within the purported homogeneity are lackluster standards, low-hanging fruit mentalities, and mediocrity. Telling someone they think they are special shames them from stepping out from a social group statistically marred by poorer economic conditions and ongoing disparities with whites. I’m not sure if that’s the goal. But, it is pretty effective at coercing people out of their own brilliance.

We go on and on explaining that “black” is not a monolith, and then we turn around and tell folks who stand apart that they are just like all the rest of us – average, under-achieving, and apathetic. The insult both undermines and emboldens the misnomer of the Black Monolith in just two poorly chosen words. Meanwhile, it labels the lot of us as losers thereby giving oxygen to the stereotypes embedded in the systemic racism which effects each of us in some way.

Honestly, there is nothing wrong with being – or wanting to be – special. Negro or not, having something special about you should never be viewed negatively. I may not be an accomplished pianist, but I can write a mean linear regression function. That’s pretty special. I have no reason to lash out at a talented athlete to diminish their physical abilities just so that my scholastic propensity will look brighter. It is about time we stop perpetuating the notion that being special is a bad thing. We have all got to stop allowing our own insecurities to guide our admonition of others (re: crabs in a barrel mentality). Teaching our children the opposite is the only way to combat the stereotypical renditions of themselves they see in the media everyday.

I have decided that being called a “special negro” will now be a compliment for me. I will say “thank you” whenever someone attempts to shame me for my accomplishments, intelligence, wit, or drive. Then, I will follow it up with a “you’re special too.” Because, aren’t we all at least in some way? I think so. And, frankly, I am getting more and more okay with that everyday.