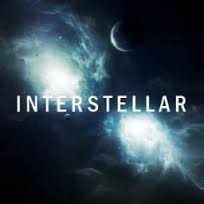 Looking for the next sci-fi masterpiece? Look no further than Christopher Nolan’s Interstellar.

Starring Matthew McConaughey, Anne Hathaway, and Jessica Chastain, the trailer paints a picture of a future Earth that is dying and a human race that is suffering from devastating food shortages. The only solution: pioneer a vessel for interstellar travel through a newly discovered wormhole. The goal? For mankind to leave its dying planet behind.

McConaughey’s Cooper is very reminiscent of Bruce Willis in Armageddon; the fate of everyone rests on his shoulders, but the real reason he is doing it is to save his family.

The amount of wonder packed into this 2 minute plus trailer is magic in and of itself. Very little is given away plotwise, still the grand nature of the movie and the gravity of the stakes are displayed so majestically that comparisons to James Cameron’s Avatar are compulsory.

Will you be watching? Give your first reactions in the comments section below!