Hispanics are Becoming White and It’s Not Good 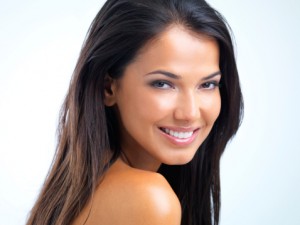 Latino Americans – or Hispanics – occupy a stigmatized status in America alongside blacks. For some, that is cause for activism, social change, lobbying for legislative action, or preservation of their ethnic heritage. For others, it is a reason to deny their own heritage and abandon their genetic makeup. Sadly, the number of folks who choose the latter option seems to be growing.

According to a recent Pew Research study, more than one million Americans who previously identified as Hispanic and “some other race” on the 2000 US Census checked Hispanic and white on the 2010 census form. While the number of people who change their race on the federal form varies every decade, this is the first time these statistics have been analyzed on such a large scale.

The study went on to note that most people who identified as white, black or Asian on the 2000 census remained in the same category in 2010. So, it is truly confounding that so many Latino Americans changed their ethnic identity over the course of ten years. One writer noted that much the same trend occurred for Germans, Italians, and the Irish when they first immigrated here. He notes that the arc of change for many immigrant populations is relatively identical. New generations are predominantly English speaking, children attain more education than their parents, and wealth increases intergenerationally. On its face, this seems to be an ethnic Cinderella Story.

Sadly, it’s not. Since race in this country is typically dichotomous and conceived of in the form of a black-white binary, it can be said that what Hispanics and Latino Americans are doing on the aggregate is further distancing themselves from blacks to assimilate with the dominant white culture. While this isn’t true for all Latino Americans, it is certainly true for some. Pew writer, D’Vera Cohn, alluded to this phenomenon saying that this could be happening because of certain “benefits associated with being identified with some groups.”

She said it the politically correct way. I will say it the blunt way. Many Hispanics see that they can get further in America if they simply say they are white, even if it isn’t true. She also noted that the number of people changing their ethnic identity might be higher in the real population. In other words, some people of color are closeted, checking their ethnic identity on the box for the federal government yet presenting themselves as white in public spaces.

This is not just a bad thing. This is a terrible thing. It is the Melting Pot Theory aka Colorblindness aka Post-Racialism at work. These individuals, after being bludgeoned over the head repeatedly by white ideas about beauty, respectability politics in the workplace, and white-washing of media images marketed to children, have acquiesced to the omnipresence of  white supremacy. There are certainly benefits to being – or becoming – a member of the majority. But, is it truly worth it if it means one has to abandon their own identity in the process? Certainly not.

Many have said that whites will one day become a minority in this country. With Latino Americans standing as the largest minority group, they were said to surpass whites in total population – making the US a majority-minority country as early as 2043. How exactly will that happen if Latino Americans are becoming white? It simply won’t.

You see, this is the danger of systemic, ingrained, institutional racism. It even has the power to change the ethnic identity of living breathing human beings. Sadly, this leads one to wonder if there is really any way to defeat white supremacy at all or if all of us activists are just chasing our tails. While I would love to say this is not a threat to our collective well-being, I can’t. It is a threat, an imminent threat. And, it just makes our fight that much harder.