Miscarrying While Black in a Pre-Obamacare Era 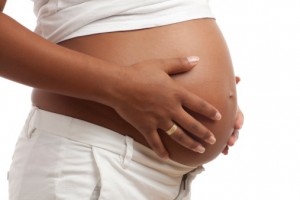 It goes without saying that miscarriages are difficult to endure. They wear heavily on expectant mothers whose hopes commonly end both abruptly and painfully. Feelings of disappointment, guilt, and fear quickly supplant wonderment and hope. I imagine my experience with the “pre-existing condition” of pregnancy and miscarriage circa 2007 – pre-Obamacare – is precisely what liberal lawmakers intended to eradicate when they eliminated that language. What they could never legislate though is the influence of skin color on miscarriage care and the attitudes toward black mothers.

My first pregnancy ended between 6 and 8 weeks of gestational age. I was a newlywed and we were overjoyed to be expecting our first child. When some of my symptoms began to wane, I suspected a problem.

While we were still dreaming up names, my husband’s new healthcare plan became active. We had been pregnant before he got the job offer, but the miscarriage started while he was employed. Soon after, the healthcare circus began.

At every appointment, I was asked, “How many pregnancies? And, how many live births?” After explaining that this was my first pregnancy and I had no live births, I had to remind the healthcare staff that I was in the office because I suspected I was miscarrying. Hearing “1 pregnancy, 0 live births” triggered something instinctively for the predominantly white staff which indicated I had previously had an abortion or didn’t want the pregnancy. That couldn’t have been further from the truth.

It was difficult enough having to share this deeply painful experience with complete strangers at a new hospital. Yet, it was significantly worse to have those individuals misrecognize me on every occasion. It was as if they couldn’t recognize the humanity in the loss my husband and I were experiencing. Instead, my skin color, their discriminatory perspectives, and perceived social status relegated me to a one-dimensional stereotype. I was deemed lascivious, promiscuous, and sexually unhinged all because I was losing a planned pregnancy.

Several times, a doctor would walk into the room and ask me, “Tell me about your first pregnancy.” I would explain that it was the one I was miscarrying at the moment. They would shuffle papers around and say things like, “Oh, that’s funny. Your charts say you terminated.” Funny? Right. I just couldn’t find the humor in that. I’d repeat that I had never been pregnant before that time and that I was seeking assistance with determining what was happening with the baby I was carrying.

When the miscarriage was finally confirmed, I opted out of the traditional D&C – dilation and curettage – procedure to let the “tissue pass on its own” as the doctor said it would. But, that took weeks. The physical pain was nothing compared to the mental anguish I experienced as I waited for my body to return to some sort of normalcy. It was a period I would certainly like to forget.

But, just as the hospital staff had struggled with the concept that I was involuntarily miscarrying my first child, I had to fight with my healthcare company to receive coverage. Since the pregnancy was a “pre-existing condition,” they had absolutely no desire to provide coverage for the subsequent miscarriage. They wanted specifics. They asked for dates that I didn’t have. They wanted me to relive every moment of the pregnancy and miscarriage so that they could avoid the care part of healthcare. I had to fill out forms to “claim” my miscarriage proving that they were liable for the medical bills.

It was months before my husband and I finally decided to settle with them on payments. We, in essence, acquiesced to their obstinacy. But the humiliation never went away. There are just some things you can never un-live.

Thusly, when I hear about folks claiming that the healthcare system was perfect before President Obama, I know better. I know that there are other women whose personal hardships were scrutinized and minimized because the healthcare system didn’t have the sensitivity to address them appropriately. I know that there are still women of color facing judgment from healthcare practitioners who can’t divorce their personal –isms from their professional selves. That stuff just can’t change with the passing of legislation.

In the end, Obamacare can’t be a solve for everything. Heck, it can’t be a solve for most things. But, if it can make experiences like mine a smidgen better, I’d say it is well worth the investment. No mother should have to rehash the pain of a miscarriage just so a healthcare company can save a few bucks.

Next, I hope that our leaders in DC take a human approach to healthcare, working through and breaking down some of the social barriers people of color continue to face at the hands of hospitals and providers. It isn’t enough to change the formula on paper. At some point, we have to address the racial inequality built into the American healthcare system and every other system in this country. Holding practitioners and staffs accountable to diverse understandings of patient care and the sensitivities of child-bearing are just a small start.

One thing is for certain, the status quo just won’t do. And, while Republicans hate the new healthcare bill, it definitely rebuts any notion of staying the same just for the sake of tradition. Hopefully, if we do see a Hillary Clinton ticket in 2016, it will mean that women’s issues like these gain broader support and higher status in Washington DC. I still have faith that women’s issues – like mine – will soon become a priority.