On ‘Hood Disease’, ‘Affluenza’, and the Roots of ‘Black Crime’ 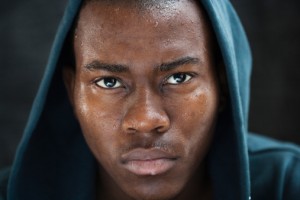 A new study from the U.S. Centers for Disease Control claims that children living in violent neighborhoods are far worse off than their combatant counterparts because their home, in essence, is a war zone. This form of PTSD, greatly diminishes the importance of many factors that would help one to escape their environment, education being the biggest.

But the briefing doesn’t stop there. It also sheds light on the ramifications of living in these areas:

“Children’s exposure to violence not only has serious mental health consequences, but is also linked with a range of chronic illnesses, including heart and lung diseases and diabetes. Neuroscientists have found that this type of trauma changes how chromosomes form, hinders brain development, and may shorten a person’s life expectancy by 7-10 years.”

All of this is problematic. But even more troublesome is that those who grow up in an environment where violent acts, murder, and constant threats to their person are normalized are very likely to never leave, and in turn, raise children of their own there. And being left to live in these circumstances will probably make a person a cog in the wheel that allows for the circumstances to thrive.

For most, this news doesn’t come as a surprise, but the official recognition is welcomed.

PTSD effects people differently based on age and severity of the trauma. The National Center for PTSD lists the main symptoms of PTSD as 1) reliving the event, 2) avoiding situations that remind of the event, 3) negative changes in beliefs and feelings, and 4) feeling “keyed up” (hyperarousal). For children, this can lead to:

For teenagers, there is a higher likelihood of impulsive and aggressive behavior.

Collectively, this sounds like all of the stereotypical ills that plague the inner city. And the fact that this connection is just now being made illustrates how little care and attention is devoted to the well-being of these citizens.

Further salt in the wound? The name “Hood Disease” itself. The media seized on this term based upon the report of San Francisco’s KPIX anchor Wendy Tokuda when she used it during a broadcast. After hearing an Oakland resident use the term she, as newscasters commonly do, used this verbage as shorthand for a story. And it spread like wildfire because it was easy to understand, lazy in implementation, and inflammatory in its implications. Whereas Constant Traumatic Stress Disorder (o CTSD as I will utilize for the rest of this article) would be more fitting, “Hood Disease” just has that delegitimizing ring to it.

What remains to be seen is if lawyers will begin using CTSD to defend their clients just like “Affluenza” was used to defend Ethan Couch. If a white 16-year old can drunkenly drive over and kill four pedestrians and only receive 10 years of probation and rehabilitation, surely children whose environments are defined by violence can seek leniency with the law. Right?

Don’t hold your breath on that one.

Comparing these two afflictions, one can’t help but notice how this reflects the current state of America. A white child is receiving leniency for his grave wrongdoing because his life has been too easy while many black children face vigilant police forces, a court system stacked against them, and a near inability to learn because their life is too tough. At every turn, whites have implicit and explicit advantages while blacks live in fear that any mistake they make will decimate the house of cards they call life. And where does the blame lie? With blacks of course.  America is all about personal responsibility. And just like those born in to slavery, you own the circumstances of your own birth.

It’s no wonder that black youth see the NBA or NFL as their best means of making it.

It’s no wonder that gangs rage against authority and society’s ideas of family and loyalty.

It’s no wonder that the election of a black President didn’t lead to things getting better for blacks.

There is no silver bullet. This is not about achieving milestones or targeting homicide rates or  bettering unemployment. The advent of “Affluenza” and CTSD is all about the underlying issue of inequality that has permeated every social structure in America. And just like our good friend Aamer Rahman so eloquently outlined, there is no going back in time to reform the racist practices that have built the world we live in today. That would be fair, and fairness is an ideal that doesn’t actually exist. Now we just have a term to give a bit of legitimacy to reality.