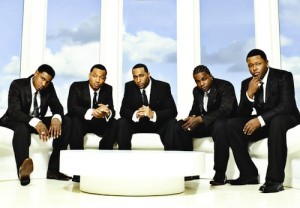 Just like their Making the Band cohort Danity Kane, Day26 has reunited and is working on new material. Over the Memorial Day weekend, the quartet released their official return single “Bulls#!t”.

Known for their babymaking music, this track takes a slightly different route pleading innocence when they are accused of cheating. In their time away, they haven’t lost the blend that they honed for years. Musically, their sound has progressed, seemingly matching current trends with electronic elements and a sing-song approach.

Unfortunately, it seems like their lyrical content hasn’t matured at all. It’s that same childish relationship mess that they put out before. They got away with that previously because their female fanbase was incredibly devoted. However, this isn’t sex-tinged like their previous work, and its female appeal seems almost nonexistent.

The group has had a tumultuous career. They reached instant success after being launched by Diddy’s Making the Band. However, poor planning and lack of support dogged the group, eventually causing a rift that would oust member Qwanell. They moved forward as a quartet, but things just weren’t the same and their popularity waned. There have been solo efforts by Brian Angel, Qwanell, and Willie Taylor, but each attempt fell flat.

Now that the group is back together, hopefully the guys can put ego aside and get back to making good music. Sample their single “Bulls#!t” and share your thoughts in the comments section below!