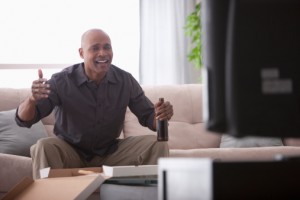 Have you ever looked forward to watching a new television show and become instantly hooked once it aired only for it to be cancelled halfway through its run? You are not alone. But cable television might be just the remedy for you.

Year after year, the television networks do their best to draw our interest in new shows while retaining interest in their returning rosters. But like clockwork, a bunch of those shows are canceled by the end of the season in favor of new fare they think stands a chance of garnering higher ratings. I get that the television business is just that, business, but if it is all about money, why don’t these shows have staying power?

The television “Upfronts” are officially over. This annual event is when major broadcasters announce which new shows they will be adding to their schedules, and subsequently, which shows are being dropped. And if you are an avid TV watcher like I am, you are no doubt upset about the loss of some of your weekly watching material.

My years of television frustration have distilled into these six reasons for the continued failure of network television:

Audiences care about people who are worthy of our care. We aren’t drawn in by fictional love. We won’t watch action for action’s sake. And scandalous acts don’t keep our attention. Last season’s Believe was a perfect example of this. What was billed as an extraordinary sci-fi adventure quickly devolved into clichéd action sequences, plot twists that could be seen coming from weeks away, and a father-daughter dynamic that lacked emotional depth. The result? Viewers tuned in for one reason, only to not get what was promised.

2. No impetus for continued viewership

We need a strong reason to tune in each week. Don’t keep us completely in the dark for half of the season. We need answers dammit! There is nothing worse than watching a show that is deliberately holding out on you. Agents of S.H.I.E.L.D. this means you. This show was arguably the buzziest of last season, but the ratings dropped precipitously when there was no pay off for weeks. Don’t give me weeks and weeks of filler so that you can try to have the final weeks all pack a punch. The most successful shows know that you have to keep viewers hooked from the beginning. And keep giving us little tastes so that our appetites can’t help but draw us back in week after week.

And when we are loyal viewers of quality programming that just gets canceled at the end of the season, we eventually just stop trying.

Storylines can’t be weak or completely basic (that’s what reality TV is for). In today’s crowded market, viewers want their brains engaged. Storytelling is where cable soars. Their shows tend to have incredible depth and multidimensional characters. As such, you can’t always predict what will happen next. Just look at Showtime’s Homeland. No character is safe. People make mistakes as humans do. At any moment, the most random of acts can happen and turn everything upside down. That is how you make a successful show.

Fiction doesn’t mean outside of the bounds of reality. For example, HBO’s Girls, there is going to be blow-back when the white girls somehow don’t come across any black people in New York City. Likewise, on the forthcoming Dominion from SyFy (a continuation of the movie Legion), somehow the entire cast is white. It is literally as if the rapture targeted only those with melanin in their skin. The world is changing. Why not try to be the slightest bit accurate in portraying it? Better yet, why not clue into the immense success other shows are having when they are inclusive and realistic? It’s just good business.

A recent piece on The Atlantic discussed network vs. cable television and how their different business models lead to different content. And that couldn’t be any more true. Cable providers are looking for subscribers while network TV is all about advertising revenue. And as long as network TV is relentlessly chasing mythical revenue targets, it will never be the home for challenging, intelligent, creatively progressive entertainment. To look for it there would be to purposefully subject ourselves to the insanity cycle of pilots, pick-ups, and cancellations.

Notice that I didn’t blame network TV’s failures in the arena of scripted fare on reality TV. Quite the contrary, I believe that reality TV has been network TV’s savior in many ways. As their creativity and exclusivity waned, this “easy entry entertainment” helped to buoy their sagging ratings as cable and streaming started to gain market share. The problem with this strategy, is that with each successful reality TV show, 3 more are spawned hoping to repeat the success. This has resulted in complete over-saturation in the reality market. This is a dead-ended strategy.

Netflix, Amazon, Hulu and all the rest have shown that innovation is the future of television. By targeting the shortcomings of network television, these outlets have been able to carve out an entirely new space for themselves in media. And just how does this change the future of television? Read on at Five Reasons Why Cable And Streaming Are the Future of TV to find out.