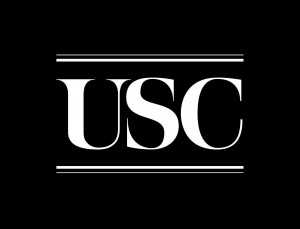 The University of Southern California is well known for its athletics, academic rigor, and blonde Song Girls. The elite private institution has birthed many political leaders, highly successful entrepreneurs, and even a few celebrities. But, one thing my alma mater isn’t particularly known for is its connections to communities of color. That is likely the reason why USC’s Annenberg Innovation Lab got a media trouncing when its ‘Black Twitter Study’ was presented to the public recently. While snap judgments were probably the fuel for any ire from black folks who criticized the planned research, the entire debacle shows just how important it is to bridge the gap between academia and the black population at-large.

In essence, doctoral students, lecturers, tenured and non-tenured professors do research constantly. At some elite institutions (with lots of cash), they do more research than actual teaching. This case is no different. Dayna Chatman, a USC PhD candidate, pitched a study for her dissertation which she hoped would amplify, legitimize, and quantify the impact of black voices on social media. Namely, Black Twitter. Is this study the first of its kind? No. Is it harmful? No. But, can it be read in such a way which plays into age-old distrusts and deep-seated racial tensions? Yes. Therein lies the problem.

I first noticed the story as covered on The Root last week.  The talented Yesha Calahan framed the study as follows:

“It’s no surprise that Black Twitter is a hot commodity when it comes to market research and advertising. According to recent Pew research, 18 percent of Twitter’s U.S. users are black, and it’s this number that has marketers striving to figure out how to make a profit out of it.

Earlier Wednesday, when word got around about the Black Twitter study, most people noticed that the people associated with the study on the site were three white men. That definitely didn’t sit well with those on social media. Many questioned why three white men were involved in a project solely focused on the interactions of black people on Twitter. Then the criticism, jokes and hashtags started rolling in, because, you know, that’s what Black Twitter does, and rightly so.”

I’m not so sure the reaction was “rightly so” however. So little information translates from the academic world into a form that is palatable to those outside of the Ivory Tower. And while the online synopsis of the study was a bit sensationalized, the reaction from Black Twitter seemed a bit uneven.

The criticisms were so harsh and swift that Chatman – the study’s sole creator and the individual to whom the research will be credited – had to post her own response on her personal blog.

“I have been working to get to the bottom of how the misrepresentation of my work happened. I know that no one intentionally tried to do harm, but I am frustrated because this is indicative of the very same problems– erasure of Black people and their contributions– that my project is about. I am awe-struck (but not surprised) by the response from Black Twitter. People are angry, they are hilarious, they give a damn. Even though some are not tweeting in support of me, I count anyone who cares about Black voices and how they are represented as fighting the same battle I am. This has been a very difficult day for me, but it is one that I will continue to think about for the rest of my personal and professional life, one that has offered a story I hope to tell my future students. At the very least, I think I learned more about Black Twitter than I ever could have otherwise. So for that, I am thankful.”

While her response was poised and gracious, the fact that she had to write a response in the first place is disheartening. As a current PhD student myself, I understand the trepidation with which one ventures into the land mine ridden land of academia. And, as a black woman, this journey can be a bit more treacherous than expected. Chatman’s desire to highlight the voices of black people is honorable. But, when black folks saw white males and the USC moniker, they stopped short of realizing the study’s inherent importance.

Corporations and institutions don’t waste their money studying things they deem unimportant. Nor do they care to psychoanalyze population groups which have no payoff for them. They certainly don’t make money collecting research. And, often, market and academic research endeavors are the first line items nixed from a shrinking budget. Amidst all that, Chatman – a black woman at an elite, predominantly white educational institution – received approval to study Black Twitter. Just ponder that for a minute. That’s huge, right?

Read me as a biased opinionator if you’d like. I am both a black female academic and a USC graduate. But, I think the combination of those two characteristics gives me some latitude here. I’m not saying this study didn’t look suspicious on its face. However, a bit of digging would have yielded enough data to prove the research – in this case – is 100 percent honorable if not beneficial to the black community.

I, personally, am eager to see the findings. I, too, plan to do graduate-level research on blacks and new media (like Twitter). Hopefully Chatman doesn’t abandon her plan just because Black Twitter lashed out. Similarly, I hope Black Twitter gets a handle on its ubiquity and semi-monolithic undertone. There is a certain amount of responsibility which accompanies a microphone. And, as our platform grows, I definitely think we can hold ourselves accountable when it counts.