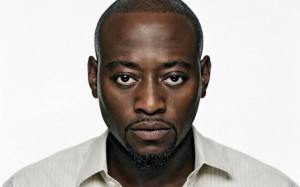 When Resurrection premiered last year, viewers were intrigued by the mystery. Why are these people coming back? Are they good? Are they bad? Are they even themselves? But in the second season premiere, not much has changed and the intrigue has faded.

Things started similarly to how the series began with someone waking up in a field. Instead of a character unknown to us, this time it is Omar Epps’ Agent Bellamy. We are led to believe that the series is picking up right where it left off when Bellamy’s escape attempt failed and Jacob was kidnapped. But as details emerge over the course of the episode, we learn that is far from the truth.

Many things transpired over the hour-long episode that I’m sure were meant to amount to twists and turns (Bellamy’s returning memories, Sheriff Langton’s drinking and sexual predator issues, and the return of Henry and Fred’s mother Margaret), but the only interesting addition was the shadowy government agents that kidnapped Bellamy. That angle would have been enough to carry the show if they didn’t use last season’s tactic of withholding as much information as possible. It worked before because the mysteries were intriguing on their own. But I have plenty of options if I want to see government agents hiding secrets.

The one redeeming development was what we learned about Bellamy’s recent experiences through his returning memories. I won’t spoil that here for those that have not seen the episode yet, but it is an interesting wrinkle.

Resurrection thrived last season due to the ever-present mystery filling each and every scene. Every character was lost and trying their damnedest to fins their way in an impossible situation. As the series escalated, the stakes got higher and higher though people only seemed to uncover more questions instead of answers. Now entering into season 2, it’s like a wet blanket was laid over all of the goodness they spent an entire season building. The constant feeling of danger has all but evaporated. The residents of Arcadia have apparently moved on from the abnormality of life and accepted things as status quo. With this series reset, all reasons for watching the show have disappeared, and I’mm seeing no signs of a resurrection on the horizon.

You can catch new episodes of Resurrection Sundays at 9/8c on ABC.

What did you think of the show? Hit the comments section with your thoughts!