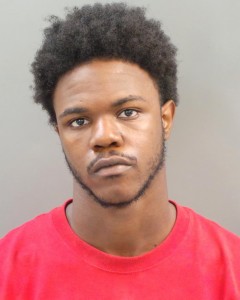 But “we” already knew that, right? This is the social narrative we (in the black community) have been attempting to bring awareness to – usually with little to no success. And, with another senseless killing of a black teen by a white police officer in Missouri last week, perhaps folks outside of our community will start to listen. Or at least one can dream.

VonDerrit Myers, 18, was killed on October 8th by an off-duty police officer who claimed to be executing a lawful “pedestrian check” in Shaw, MO. According to family and friends of Myers, the officer never properly identified himself. They report eating their snacks they had just purchased from a local convenience store when they were confronted. According to reports, Myers and the officer got into a physical altercation which resulted in Myers’ unfortunate death. The police department reports Myers was armed when he confronted the officer. Now, police are reporting gun residue on Myers’ clothing and hands.

Questions still remain around the credibility of the police reports given the handling of the case of Darren Wilson in the August killing Mike Brown – less than 20 miles from the Shaw neighborhood where Myers was killed. To add, conflicting stories have come out of St. Louis. Meanwhile, the organizers of #FergusonOctober have mobilized in support of Myers’ family.

Mike Brown, Jonathan Ferrell, Sean Bell, Eric Garner, and John Crawford are just a few men and teens who were killed by police officers. This kind of state violence is sometimes called “random” by whites seeking justification for the unequal brutality. They claim that these murders could happen to anyone. Sadly though, that just isn’t true.

“Young black males in recent years were at a far greater risk of being shot dead by police than their white counterparts – 21 times greater.”

The report went on.

What was most troubling about the report’s findings though was the inconsistencies in the data across the country. The report found that many police departments don’t file fatal police shooting reports at all. And, when the reports are completed, they may be flawed. These facts alone shine light on the distrust many in these communities have toward these police units.

How this information is received still remains to be seen. It seems many whites still see the issue of heinous police brutality against black boys as an issue which lies squarely with the blacks. When a St. Louis symphony was interrupted this month issuing a tribute called “Requiem for Mike Brown,” white audience members had mixed responses. From support to outright cussing anger, the last thing some of them wanted to hear was the chants “Black lives matter!” while enjoying their leisurely evening. In response, some of the audience members called the deceased Brown a “criminal” and a “thug.” Some audience members even booed the protesters. St. Louis Cardinals fans responded to protesters by cheering “Let’s go Darren!” in support of Mike Brown’s killer who still has not been arrested or indicted two months after Brown’s death.

Suffice it to say, white America shows no signs of accepting or valuing these recent findings. Some will say, “well, maybe black men and boys should stop being criminals and thugs. Maybe they should pick up their pants and wear suits and ties.” But, the truth is respectability won’t fix this. Being more palatable won’t make black men and boys less like to be victims of police brutality. Just ask Cornel West who was arrested this week while protesting in Ferguson.

The fact remains: black boys are at much greater risk for police violence than white boys. Will white America listen? I’m not sure. And, instead of waiting on them to come around, we might be best served by joining West on the front lines.