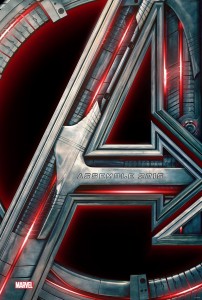 Avengers: Age of Ultron is scheduled for release on May 1st 2015, and during this week’s airing of Marvel’s Agents of S.H.I.E.L.D., the first official trailer was released. And just that quick, all of that buzz around the impending DC films was extinguished.

Marvel has already released a synopsis of the film that divulges that Ultron, the film’s main villain, is a machination from Tony Stark that goes awry. James Spader voices the villain who is hell-bent on human extinction. We will also see the introduction of Wanda Maximoff and Pietro Maximoff (Quicksilver and Scarlet Witch), but the birth of seminal comic book hero Vision (voiced by Paul Bettany) is bound to be another highlight.

In this first trailer, most of that is either pictured or alluded to. Unlike most trailers, this one is short on mystery and big on reveals. You’ll want to watch it on repeat.

Watch the trailer and then check out some screengrabs of the most pivotal and intriguing moments below.

The rise of Ultron is giving me major Terminator 2 vibes.

The Hulk ain’t doin’ so hot.

In his first incarnation, an Avenger branded Ultron is creepy as hell.

Our heroes are looking worse for wear.

Captain America is having a hard time keeping up with Quicksilver.

And you don’t want to piss off Scarlet Witch.

Do these ballerinas mean we will flashback into Black Widow’s origin?

You know things are grim when Cap’s unbreakable shield gets broken.

And this is Ultron, the face of terror.

What are you most excited about from the trailer? Tell us in the comments section below!