Why It’s Important That “Finding Your Roots” Links Celebs Like Nas to U.S. Slavery 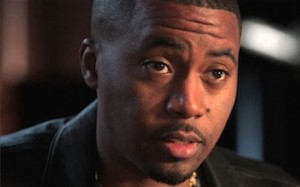 I watched a clip from Tuesday’s airing of the PBS show “Finding Your Roots” hosted by Dr. Henry Louis Gates, Jr. It featured actress Angela Bassett, presidential advisor Valerie Jarrett, and rapper Nas. One of the most touching moments was when Dr. Gates began showing Nas receipts used to purchase his ancestors into slavery. The humanity between these two black men in that moment was nothing short of beautiful. And, it was also a visual event proving why moments like these are so important in the group self-consciousness for black Americans.

Dr. Henry Louis Gates, Jr, History professor at Harvard University, has recently become more of a household name for two reasons. One, because he was arrested inside his own home for trespassing in 2009. The other reason is because he has been producing absolutely stellar documentary content for PBS as it pertains to African American history. His “Many Rivers” series is critically acclaimed and represents some of the most copious visual work in the history of the field.

The “Finding Your Roots” series is just as good.

Why is this so important? There are a few major reasons.

First, in an era where white folks wear blackness like a charm bracelet or badge of honor (*cough Iggy Azalea cough*), actual blackness has been rooted up, caricatured, and hijacked. “Black” is a social construct. It was borne out of a need to racially categorize African American slaves of varying national and ethnic histories. It is not biological but, for many, it is the psychological antithesis of white. Therefore, it has been an identifier loaded with innuendo, stereotypes, racism, bigotry, and just about every other ugly act humans can conjure up.

Meanwhile, actresses like Keke Wyatt and Raven-Symoné have seemed to abandon their African American heritage in favor of “colorlessness” and “unity.” But, shows like this help to bridge the gap, showing how inextricably linked African American ancestry is to modern day blackness. Instead of making our ties to the continent of Africa so foreign as to erase them, muddy them, and obfuscate their very real presence in mainstream society, these moments illustrate our closeness to those who came before us.

Second, seeing elites like Bassett, Jarrett, and Nas emotionally taken aback by the fragility of their predecessors is so poignant. It points to the glory of human perseverance and ambition. There is a certain shame associated with links to US slavery. While black Americans in present day had no control over the American Slave Trade, realizing that our greats were beaten, raped, maimed, lynched, terrorized, and murdered is dehumanizing.Their willingness to share this vulnerability with onlookers is incredibly valiant while imperative in group uplift.

Laastly, sometimes the distance from legalized slavery is used as a means to silence black Americans seeking acknowledgement for the very real daily microaggressions which affect us in a country still very much saturated in systemic racism. However, these narratives serve as a reminder that ancestry doesn’t exist in a silo. We are all, in some way, connected to this system of haves and have nots even if we have reached a bit of economic and social success. And money doesn’t change bloodlines.

In all, I am just glad to live in a time when documentaries and shows like these exist. I am proud to know that my children can flip through the stations and see reflections of themselves in stories like Bassett’s, Jarrett’s and Nas’.

Watch the full episode at the PBS site.