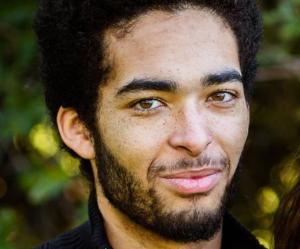 Darrien Hunt, 22, was dressed as a popular anime character (cosplaying) while carrying a fake sword at a strip mall in Saratoga Springs, Utah last month when cops approached him. He was killed in that interaction. Now, autopsy results refute the claims made by the officers involved and corroborates the accounts given by bystanders and witnesses. What remains to be seen is: will any of that matter?

While police officers say Hunt “brandished the ‘sword’ and lunged” at them – indicating that he was facing them – state autopsy results show that Hunt was shot six times from behind. They also claimed that Hunt may have been under the influence of drugs but the state report shows Hunt had no controlling substances in his system at the time of his death.

Literally, Hunt was killed in an open carry state, while not under any influence of drugs, by police officers who have yet to be held accountable for his murder. 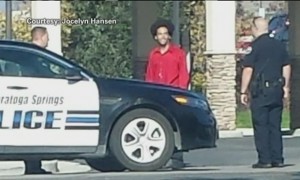 Just moments before Hunt was killed, a picture was taken showing him smiling and chatting with officers. They neither looked threatened nor under attack from Hunt who stood in a relaxed manner with his arms at his sides. I have a hard time understanding how the scene could have escalated to the point that officers had to open fire with deadly force. Without a visible struggle or other external sign of conflict, it seems odd that Hunt would violently “lunge” at officers.

Hunt’s mother and family have repeatedly said Hunt was killed because he was black. Hunt living in a region of the country where black faces make up less than 2% of the general population supports that assertion. And, the fact that cops also claimed Hunt looked “suspicious” seems in line with his physical appearance – including his race – influencing the altercation.

When the 911 call was released, there was never any mention of a “suspicious” person or pressing concern from the caller. These inconsistencies and unjustified force against Hunt lay the foundation for a very clear case of racial profiling.

Like the state inflicted murders of 22-year-old John Crawford III in an Ohio Walmart and 18-year-old Mike Brown allegedly pulled over for jaywalking in Ferguson, MO – both in August – it seems Hunt’s death fits a pattern of undue violence against black bodies. Video footage, eye witness accounts, images, and even autopsy reports seem to matter little in these cases as none of the police officers involved being taken into custody to date.

Findings in this case continue to emerge but, what many are watching to see is how (or if) justice will be served for this young man. Though it looks relatively bleak, the cases against Michael Dunn, who killed Jordan Russell Davis, and Theodore Wafer, who killed Renisha McBride, give us a bit of hope. However, whenever white police officers are involved, the outcomes seem stacked more heavily against the deceased victim than the murderers themselves.

Let’s hope the precedent being superseded becomes the new trend.