On Only “Feeling” White When It’s Uncomfortable 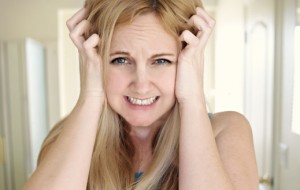 I have heard white people say that race bothers them. I have noticed the involuntary spasms of discomfort when black and brown people discuss “sensitive” topics regarding racism and patriarchy in the US. But, I have never had a white person tell me, “I don’t like being called white,” until just recently. Though perplexing, this conundrum points to deeper issues with understanding the boundaries of race in the US.

Anyone who knows me knows that race is something I am unapologetic about. I discuss my blackness freely as I do every other characteristic I hold. I am never ashamed of my upbringing or background. I never contort myself to fit within a stereotypical image projected by mainstream society. And, while I used to do all those things, I am a wholesale believer that authenticity is the only way to bridge racial, sexual, and gender divides in the US.

I am a black woman. My experience with race is my own. The lenses through which I view the racialized world are fitted specifically to my perspectives and colored with my lived experiences. I don’t expect everyone to see race in the way that I do. I especially don’t expect white folks in the US to understand what it means to be black and woman in this day and time. What I do expect, however, is an understanding that race is not a feeling. One doesn’t have to “feel” black to be black. Social inequities in the US clearly articulate the palpable differences for whites and nonwhites. This isn’t really a conversation about how white people “feel” about race. Or is it?

Those intangible feelings folks ascribe to race are actually not the random phenomenon of skin color variation at all. Those sensitivities, discomforts, privileges, and internal rumblings are what happens when a social construct takes on a life of its own.

Let me unpack that a bit. In a sense, our boundaries of citizenship and identity are directly linked to what amounts of our private selves we get to take with us in public. Our hair types and styles, our food preparation and consumption practices, our dialects, our colloqialisms, so on and so forth, are pieces of our private selves that we carry along into interactions with other human beings. And, in that public space, we make race the social construct it is by assigning certain intangibles, mentalities, and propensities to entire social groups based on limited experiences with several members from that group. We create race when we ignore it. We create race when we are adverse to it. In our interracial interactions, we are always, inevitably, reinventing and reconstituting race.

Now, when a particular white male shared with me that he only “feels” white around people of color, he was saying something very specific. He was saying that his whiteness is constructed – at least in part – by his difference from people of color. Somehow, black and brown peoples’ coexistence makes him “feel” white. The alternative to this is that he doesn’t really have to “feel” white when he isn’t in the presence of people of color. In his private interactions with family, friends, and others, the weight of racial difference simply disappears.

I imagine many white people feel this way. Whether consciously or subconsciously, I’d expect many whites in the US experience race in the public sphere. This is such an important point to explore because of its stark departure from the socialization of race for people of color.

Is it possible that white people don’t “feel” white in private because they exist in a society which privileges whiteness? This society depicts beauty as European features, blonde hair, and pale skin at the benchmark. This society illustrates valid romance as that which exists between nuclear white heterosexual families. This society paints proper behavior as those which conform to the gender specific roles as established in Victorian Era British homes where wives are domestic caretakers and men are sole-breadwinners. When social norms regarding what “good” people, families, and citizens look like happen to be in complete alignment with what constitutes whiteness, perhaps one never has to “feel” white because there is no real “other”-ness separating folks from the mainstream.

This is not how most black and brown people experience race. For us, our “other”-ness is of the first lessons we learn. When, as little boys and girls, whites pat our hair or rub our skin trying to get the “dirt” off, we learn that we aren’t mainstream. When certain kids won’t play with us or when we get in trouble because our hair is too “unkempt,” we figure out there are some parts of our private selves not allowed in public. For many black and brown people, our racial difference comes into our homes in the form of television, music, and print media. These commodified tangible products don’t often reflect the images we see in our homes and families. For many of us, being “of color” is something we do – voluntarily or otherwise – all the time. And, when we fail to conform with certain “respectable” notions regarding how we should be or fit ourselves into the assigned positions pre-marked for us in society, there are very real consequences.

This incongruence of  experience and identity is at the heart of the issue of colorblindness: “I don’t see it therefore it must not exist.” The subsequent pathological, physical, and societal punishments for people of color – who do see and experience race daily – are the defensive machinations of shame. Mainstream white culture is and has always been one of control, passification, and “purification” of the masses. White supremacy has grown like a malignancy via institutions and legal frameworks. All moving in ways which make it so that whites never have to “feel” white if they don’t want to.

To this desire to never “feel” white, I say, no. Whites being aware of their inherent social and institutional – not just phenotypical – differences from people of color is precisely what is needed to eradicate racial ignorance and “post-racialism” efforts in the mainstream. Simply, we can’t ignore race before we acknowledge the very real dangers it poses for those who aren’t privileged enough to only be aware of its presence in the public sphere.

Not “feeling” race isn’t the answer. And, if we can get past that defense tactic, we might actually have a chance at building a healthier public space for each of us.