White People and Getting Away with Shit 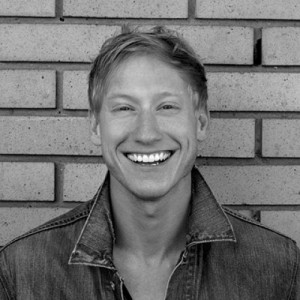 Last month I went to a speaking engagement hosted by the Dallas Society of Visual Communications (DSVC). Once a month they have a meeting where a well-known guest in the visual design field gives a presentation and discussion of their work. This month the guest speaker was Timothy Goodman, and since just last year I was obsessed with his 40 Days of Dating project, I decided that I had to go.

As a freelance editor, aspiring (copy?)writer and a person generally curious about design, I thought listening to a design expert would inspire me. I wanted to dream. I wanted to believe that someday, in some regard, I might be on his level.

Tim made a lot of really good points about what art should mean and what it should do. But then, somewhere in his talk he was discussing being involved in diversity projects and he said that “sixty-five to seventy percent of African American kids don’t grow up with their dad.”

“Well, that’s odd,” I thought. First of all, why did he only mention African American kids? What about other social groups? Second and more importantly, that statistic sounds weirdly high and, in my opinion, quite possibly 100% fake. I’m a Black Woman who grew up with her father in her life … as did basically all of the black kids that grew up in my community … and as did the majority of my extended relatives and fellow black alumni. I mean, at the very least, there was a father figure (if not the biological father) for most PoC in my circle.

Tim kept talking. He said some other things that stuck with me. “Do one [project] for you, do one for them.” Practical.  An approach to work that keeps creatives both excited about what they do and gainfully employed. I like it. And that observation led him to later conclude that “The work that you ought to be doing is the work that you should be doing.” And that was also a sentiment that I agree with and by which I am deeply moved. In fact this piece of advice is, in a way, one of the reasons I am writing this essay.

But again, he mentioned another project where he worked with “urban” organizations. He stated that Pharrell Williams and Lil Wayne also took part in the event, each carrying their own “urban” youth organizations in tow. And that’s when I realized, much like Andre did in the pilot of Blackish, that “urban” did not mean “inner-city” or “metropolitan.” Urban meant black. I was out of the trance after that.

One of Timothy Goodman’s guiding principles in life and art is to “get away with shit.” And that simple, light-hearted philosophy is great … for him. But, at the end of the day, even though he may have grown up without his dad and he feels affinity toward “urban” youth who grew up without their dads, even though he may think of himself as just “That Kid from Cleveland,” he’s still a white male. That affords him privilege. And, now that he’s successful in his career – he stated that he was flying to Paris for a premiere of his commercial work for a major corporation the day after his Dallas event – he’s (presumably) a rich white male. Of course he can get away with shit! The entire world, as in literally everything in our White/Western dominated, patriarchal, global society, bends in his favor. Tim, please. Have all of the seats.

Unless I am fortunate enough to hit Oprah Winfrey level of status, recognition, and power in the next ten years of my life, I will never be able to get away with the stuff Timothy Goodman gets away with. Now, I will admit that I was dealt a pretty good hand as a kid. But, will I get the same results Tim got? Possibly. But it’s less likely because white privilege and systemic oppression are, like, actually real. (Thanks, John Stewart.) I expect that just like many other PoC have heard for years, I will have to work “twice as hard to get half as much.” And that hurts my heart. It hurts me not because of the work I will have to do, but because of the many, many naïve white people I will run into along the way who will deny my experience as a Black Woman in America because they either can’t or won’t see that their privilege gave them a leg up in life. I’ve barely even gotten started and I’m already tired.

As coincidence would have it, the week after I went to that discussion, a cartoonist for the Boston Herald received a ton of flak for his depiction of President Obama following multiple security breaches at the White House. The artist claimed that his reference to watermelon flavored toothpaste was in no way racist. Really, sir? Watermelon? It is extremely difficult to believe that a political cartoonist could have chosen watermelon as a flavor and not have known the effect it would have on the Black community. It’s honestly more likely that he chose that flavor knowing exactly the connotation it would have. And even if he genuinely did not know, (which I doubt), he was warned and he changed the name of the flavor for a syndicate publication. Sounds like white people gettin’ away with shit to me. On a much uglier level. To a much broader audience. Rather than being “edgy” or “artistic” and “good-natured,” this time it feels as if me and my life are both the tool and the butt of a white man’s jokes. If only my success came with such liberties.

BlackDahria is a college graduate and a former English major finally putting that expensive degree to use. She aspires to one day be a freelance blogger … just like the rest of the internet. You can email her at blackdahria@yahoo.com or follow her exceptionally regular Twitter account, @BlackDahria.

The “Life…on the Margins” essay series collects personal accounts from our readers. The series seeks to highlight the unique conditions faced by racial, gender, sexual, and religious minorities who continue to face marginally negative treatment from mainstream society.