Here Are the #BlerdMovies You Should Be Watching in 2015

Welcome to 2015! The New Year is upon us and things are looking great on the cinema front. From the funny to the dramatic to the transcendent, there are umpteen hours of great #blerdmovies heading our way. Just for you, we have collected the coming cinematic highlights here along with their trailers. These are the #blerdmovies you should be watching in 2015.

Ava Duvernay‘s directorial triumph looks to be a major contender for the impending awards season. Hell, I’d vote for the film to win just for its song “Glory” by John Legend and Common.

Okay, if I’m keeping it real, Channing Tatum looks really silly in that makeup. That being said, sci-fi and the Wachowskis are like peanut butter and jelly. And this one looks epic.

Will Smith stars as a veteran con-artist that gets in too deep. Gotta love Will Smith starring in movies traditionally led by White men.

I cannot stand Shailene Woodley, but I cannot deny that this looks like a major improvement over Divergent.

Yes, another Fast and the Furious film. Sadly, Paul Walker is no longer with us, but Kurt Russell and Djimon Hounsou are added. Seeing those two on-screen with Vin Diesel and The Rock is bound to be magical.

Avengers: Age of Ultron (May 1)

The “Barden Bellas” are back. I tried to not like the first Pitch Perfect, but some fights aren’t worth fighting.

Sci-fi action pic scripted by Damon Lindelof, creator of Lost and The Leftovers. How do you not see this movie?

We humans never learn our lessons. After the first three movies, we went ahead and made the theme park a reality anyway. Then genetically modified them. Great plan. And the hilarious Chris Pratt is in this one so, yeah. We’re going.

Arnold is back (again), only the whole timeline is screwed up and primed for even more fighting, explosions, and quips from the Schwarzenegger. Sounds like a winner.

Guardians of the Galaxy was a test to see if Marvel could make its magic in space. Ant-Man will test if they can make it mini. Watch the full trailer in our post.

This should be interesting because Michael B. Jordan integrates one of comic’s favorite superteam families. I’m here for that. 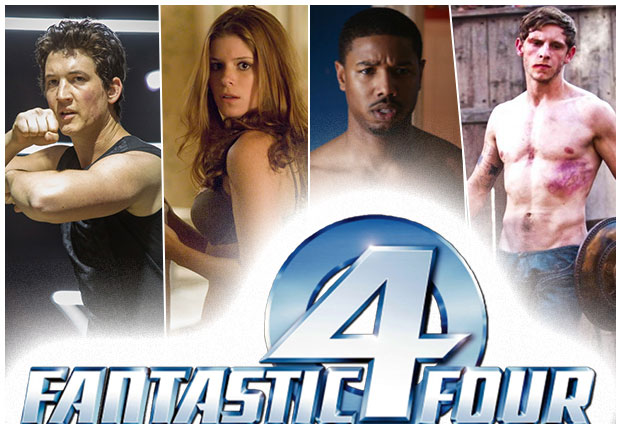 A biopic about N.W.A. that stars Ice Cube’s son as … Ice Cube. Reminisce on the genesis of gangsta rap and life during the late 80’s and early 90’s.

All Bond films are required viewing, no matter how you felt about Skyfall.

Part 1 was a shocker of a film for how brilliant it was. The performances were electric, and the script worked wonders with stale source material. Part 2 looks to build off of that, though it marks Phillip Seymour Hoffman’s final performance. This should be a bittersweet experience.

Are words even needed?

What film are you most looking forward to in 2015? Let us know in the comments section below!