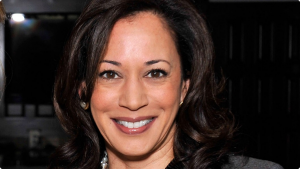 There have only ever been nine Black United States Senators. Of those nine, only one, Carolyn Moseley-Braun, was a woman. Current Attorney General in the great state of California, Kamala Harris, announced yesterday that she wants to change that. She is looking to fill the long-held seat being vacated by Barbara Boxer. This could be a massively important opportunity for both the 50-year-old (historically Black) Howard University graduate and the nation.

Granted, Harris has only just announced her intent to run. The ballot might get crowded considering that the very popular former Los Angeles Mayor Antonio Villaraigosa and billionaire environmentalist Tom Steyer have left the door open for a bid. Perhaps even Anaheim Representative Loretta Sanchez will throw her name in the hat. For now, it seems California’s Lieutenant Governor Gavin Newsom is focusing on the governorship but – as we all know – things can change quickly when it comes to politics.

Folks will shrug this off as another shuffle of politicians. But, the truth is, Congress has not been a cozy place for Black politicians since its inception. From direct disenfranchisement to “Whites Only” elections to implicit voter intimidation tactics, this country’s long history of racial resentment has resulted in innumerable political representation issues for Black Americans. But, Harris is not just Black. She is also a woman. She stands to be the only Black woman in the upper chamber of Congress. Her mere presence will move the demographics for the Senate a percentage point in the right direction.

In all, it seems Harris is positioned for success. Here are a few key reasons why her bid – and potential win – are incredibly important to modern American politics.

First, Black women remain underrepresented in most positions of leadership in this country. This is the case for both the public and private sectors. Having fewer Black women senators, CEOs, and executives means that the social distance these women have from these positions is not only taken as a norm; it becomes systemized and pathologized. In other words, Black women’s absence from these positions of power moves from “Well, they aren’t there because there are fewer opportunities” to “Maybe they aren’t there because they just aren’t good enough.” It’s important that Harris be taken seriously as a viable candidate for the US Senate because of the impact it has on future Senate-hopefuls both tangibly and intangibly.

Second, the US Senate is full of old heads. The average age of members of the Senate is usually in the low sixties. This has led some folks to refer to the body as a “gerontocracy.” And rightfully so. There is something both weird and creepy about the fact that so much power in the United States is wielded by (mostly) old White men. The guys yelling “Get off my lawn!” are the same dudes we re-elect to Congress every year. Frankly, that’s not cute nor is it representative of a nation which is increasingly young, increasingly non-White, and increasingly Spanish-speaking. Harris’ election could help change that dated trend.

Lastly, Harris comes from one of the most diverse states in the Union. She embodies that diversity. Born and raised in my hometown of Oakland, she is the first woman, African American, and South Asian to hold the position of CA Attorney General. She is used to being a “first.” Similarly, California is a bit of a mecca when it comes to being on the cutting edge of racial, social, and environmental change. Harris has been a part of that all her life. One can only assume she plans to take that experience to the Capitol. The potential legislation she might sponsor, the agenda items she may support, and the staff she may groom to administer legislation would all be situated to complement her diverse background. I can’t stress enough how sorely Washington DC is lacking in the diversity department.

Overall, I am beyond excited for Harris’ announcement. I think it is beyond time the Senate start working on looking like and addressing the needs of a more diverse body of citizens. That we are still having these conversations in 2015 is a bit depressing. But, Harris could be the first step in making them a thing of the past.