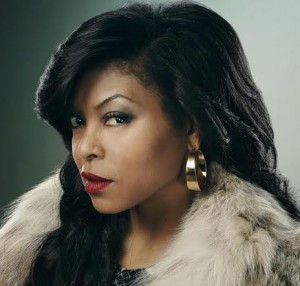 Fox’s Empire featuring Terrence Howard and Taraji P. Henson is the early breakout hit of mid-season. It’s not for its overt creativity or television “game-changing” either. Empire is at the top of television right now because the prime time soap opera walks that fine line between fantastical and ratchet. In other words, it’s fantasti-ratchet and we love it.

We’re 3 episodes in and the series shows no signs of stopping. Despite debuting to monstrous ratings, the viewership has increased over the last two airings. This is nearly unheard of in modern television. So why are people tuning in by the boatload?

Empire follows the head of a ridiculously successful music company as he tries to groom one of his three sons to succeed him and get the company to go public. The kicker? He has ALS and will not be functional in the next 3 years. It has everything. It’s got deceit. Murder. Mommas beating their grown kids with pool cues. Fashion. And a man named Timbaland serving as executive music producer. In essence, the drama is right and the music is definitely right.

And that goes without even mentioning the pedigrees of the show’s leads who are back together after their 2005 hit Hustle & Flow.

With all of this Black, you’d think the drama would go the way of the Real Housewives franchise: neck rolling, gratuitous profanity, and more screaming than talking. But Empire doesn’t go that route. Those elements are there as those things are part of the human experience. But the show doesn’t play them up for effect. Instead, the focus is put squarely on the characters and their humanity.

The show is created by Academy Award nominee Lee Daniels who is perhaps best known for his 2013 film The Butler.

There is dignity for everyone no matter what their background or standing is. The eldest son Andre Lyon (played by Trai Byers) is the Type-A overachieving businessman who makes no bones about doing whatever it takes to win a la House of Cards‘ Frank Underwood, but he is hampered by bipolar disorder. The middle child, Jamal Lyon (played by Jussie Smollett), fights to be accepted for his outstanding musical merit while constantly discounted by his father because he is gay. And the youngest son Hakeem Lyon (played by Bryshere Gray) is shown plenty of favor in his rap career as he follows in his father’s footsteps, but most don’t take him seriously because of his wealthy upbringing. Their mother Cookie (Henson) was the driving force behind her former husband’s (Howard) success, but fresh out of jail, she has to make space for herself while attempting to be a mother to children she didn’t raise.

In each case, a very distinct personality has a very human obstacle before them. The result is a show set in a world of excess and a multitude of pitfalls that is relatable to the common man. It’s the escapist fantasy grounded in the human experience. That is what great television is made of.

Word is, Lee Daniels may be angling to work Denzel Washington into a guest role on the show. That would be an opportunity of epic proportions for this little show making a big splash in prime time. We are here for it.

Empire airs on Wednesdays at 9/8 central on Fox.