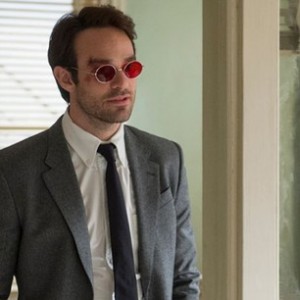 Netflix has finally released a trailer for the upcoming Marvel series Daredevil, and this peek into the show unveils a deeply conflicted yet highly lethal man. The series has been trumpeted as a “gritty” comic book tale, contrasting from the slate of big budget Marvel films. And in that vein, Daredevil delivers.

Based on the long-running Daredevil comic book, the series follows Matt Murdock, a blind attorney by day and vigilante by night. So how is a blind man a vigilante? His senses are acutely heightened, allowing him to know if someone is lying, “read” by feeling the ink on a page, and “see” using a radar sense.

That radar sense is easily one of the most impressive aspects of the trailer. After the flop big screen flick Daredevil starring Ben Affleck, I was worried that this would be implemented in a cheesy way as so eloquently displayed in the multitude of rain scenes in the movie. Here, the cinematographers instead play with camera effects, using contrasting focus to give the viewer a sense of what the character is experiencing.

Besides that brilliant camera work, the trailer also displays sharp action sequences. As Murdoch takes on the less savory elements in the city, he is strong, nimble, and nearly ruthless. And while he seems matchless in the clip, he does not appear to be infallible. In this series on “ground level” superheroes, Marvel sought to highlight heroes fighting crime in a less fantastical way, but it is tough to achieve that while also achieving a true sense of hero-ship. Something has to set it apart from any other cop procedural vigilante tail. Daredevil seems to walk that line effortlessly by giving the main character a simple yet spectacular mission (making his city a better place) while at the same time making his story one of a kind.

Will you be binge watching like us? Tell us what you think of the trailer in the comments section below!