It’s Time We Collectively Break it Off With Kanye West. 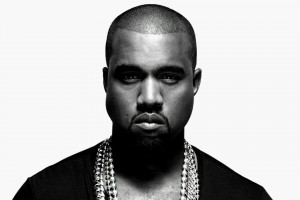 It’s not him. It’s us. But, no, it’s really everything about him.

Before Kim Kardashian. Before Yeezus. Before storming the Grammys stage became a thing. Before all of that, there was a Chicago born and bred college dropout named Kanye West. But, we have lost that guy. And, what’s left is pretty damn depressing.

Back in 2001, Kanye West was a successful producer that had revitalized Jay-Z’s career through his work on “The Blueprint“. He had worked with a plethora of major artists. But for all of his success, he couldn’t land a record deal. In fact, it was fear that Roc-A-Fella records would lose him as an in-house producer that led them to offer that initial record deal.

Still, we wouldn’t hear anything from him until late 2002 when “Through the Wire” came out. The song was infamously recorded two weeks after he was involved in a major car accident that left his jaw wired shut. The experience inspired him to create the song and helped to fuel his eventual debut album “College Dropout“.

No doubt, that was a momentous and pivotal moment in the history of hip-hop. It wasn’t “gangsta rap.” It was a testament to a hungry artist. And that Chaka Khan sample was ev-e-ry-thing. For once, a rapper put out songs that even bourgie Black folk could rock with. Hit singles “Slow Jamz,” All Falls Down,” and “Jesus Walks” followed, and each helped to paint a picture of the complicated individual we have come to learn over the years. Still, there was magic in “Through The Wire.”

So, who exactly is this artist whose vocals are constantly laced with auto-tune, who sings more than he raps, and who dresses like his wardrobe was designed by the Twelve Apostles? I am not completely sure.

At this year’s Grammy Awards, Kanye West gave two paltry performances then pulled his signature stage hijacking when Beck was awarded Album of the Year over Beyoncé. After the show, he had this to say.

“At this point, we tired of it. What happens is, when you keep on diminishing art, and not respecting the craft, and smacking people in the face after they deliver monumental feats of music, you’re disrespectful to inspiration. We, as musicians, have to inspire people who go to work every day, and they listen to that Beyoncé album, and they feel like it takes them to another place. Then they do this promotional event, and they’ll run the music over somebody’s speech, the artist, because they want commercial advertising. No. We not playing with them anymore. And by the way, I got my wife, my daughter, and I got my clothing line, so I’m not going to do nothing that would put my daughter at risk, but I am here to fight for creativity. That’s the reason why I didn’t say anything tonight. But you all knew what it meant when ‘Ye walked on that stage.”

Frankly, we did know exactly what it meant when “‘Ye” stormed the stage. It meant yet another moment for Black Grammy watchers to put their heads down mumbling, “Here his ass go again…”

I’m not a Beck fan. I have never purchased any of his music. But, what I do know about him is that he is incredibly talented. His album, “Morning Phase,” has been consistently praised so I’m not even sure why Kanye feels he doesn’t respect artistry.

Beyond that though, West seems to forget that he was staging this mini-revolt at the Grammy Awards aka the White Awards. Most White folks don’t acknowledge Black artistry until they have no choice but to recognize it. Moreover, everyone isn’t the Kanye from 2008 who gave away his AMA Award to Lil Wayne. Hell, I’m not even sure Kanye is the Kanye from 2008 to be honest.

But it really doesn’t matter if you think about it. Kanye has turned into that guy you avoid at the office who always talks about weird shit you’re not interested in. He has grown into that one kid in class who everyone is just like, “Well, someone should be friends with him.” Even Jay-Z’s facial expression said, “Aw hell nawl…don’t do it bruh. Don’t do it!”

Let this serve as an intervention; I think it’s time we let go of Kanye West like we did LL Cool J (after “Accidental Racist“), and Don Lemon (after he started talking). Let’s be strong together and overcome the Kanye that ails us all.