Listen to the Best Music from “Empire” (So Far) 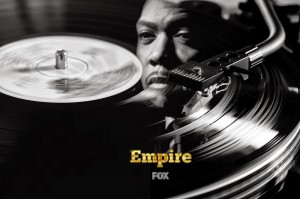 Empire premiered with loads of hype and astronomical ratings. The show has so much going for it: serious actor pedigrees, high production value, and limited commercial interruption. Still, the most valuable and most often overlooked aspect of the show is the outstanding music. Spearheaded by the show’s executive music producer Timbaland, each episode features original songs performed by the show’s cast itself. And, some of it is truly stunning.

Unlike other music-themed shows (i.e. Glee or Smash), Empire doesn’t throw in needless music just because. The songs blend seamlessly with the drama, often fully integrated into the storylines.

Jamal Lyon (played by Jussie Smollett) displays his personal and professional growth on “Good Enough,” “Tell The Truth,” and “Keep Your Money.” Tiana (Serayah McNeill) gives current pop/R&B starlets a run for their money on “Keep It Movin.” And Hakeem Lyon (Yazz) is a radio-ready rapper about to blow up on “Drip Drop” and “Can’t Truss ‘Em.”

With each episode, the songs seem get better and better, but since the show is so engaging on its own, the sheer brilliance of the music can sometimes be forgotten. Listening to them outside of the context of the show proves how great the songs are on their own. Give the tracks a listen below,  read our review of the show, and tune into Empire on FOX Wednesdays at 9/8C for more new music every week.