In Defense of Nene Leakes’ Femininity 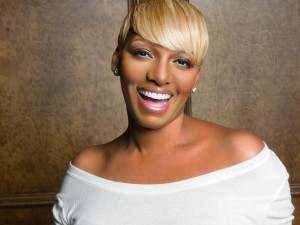 Let me start by saying: Nene Leakes is incredibly problematic. She has said terrible things about LGBTQIA folks, she called a biracial woman a “half-breed”, and she may have distributed t-shirt designs that weren’t her own work. She isn’t perfect. But, this piece isn’t in defense of her actions. Some of those are indefensible. Instead, it’s in defense of her right – as a tall, dark-skinned, outspoken cisgendered, heterosexual woman – to be feminine. That’s something, to me, that shouldn’t be up for questioning. Ever.

I was parousing the internet last night and was reminded of how often Leakes’ gender takes center stage both on RHOA (which I still watch) and in general. Last year, when Leakes got into an argument with Marlo Hampton, someone who was once her dear friend, Hampton pulled the “you look like a man” line with ease. It wasn’t the first time Leakes’ gender and femininity were questioned.

Kim Zolciak and Sheree Whitfield – ex-cast mates on the show – also questioned Leakes’ gender and physical appearance with reference to her femininity. A simple google search yields hit after hit of questions on the web about Nene Leakes’ gender. Like Wendy Williams, another tall, Black, outspoken woman, there seems to be this perception that taller than average Black women with large personalities are “manly” or less feminine than other women. Unfortunately, this is an issue I can relate to.

I have been tall for as long as I can remember. I have been over six feet tall since middle school. In elementary school, I frequently saw the tops of the heads of my peers and teachers. I towered over all the girls and the boys. And, coupled with my outspoken nature, billowing voice, and forward demeanor, I was often called a “tomboy.”

I never really knew what that meant. I wasn’t a boy. I didn’t feel like a boy. But, then again, I didn’t know what being a boy felt like. I just felt like me.

For one reason or another, other children and society in general separated me. I had to play basketball with the boys while the girls played Four Square. I played tether ball (and whooped everyone) while the other girls jumped rope. By fourth grade, there was a clear distinction between me and the “girly girls.” Whenever one of them felt threatened by me, they’d say, “Jennifer, why don’t you just go do ‘boy’ stuff?” To which I’d answer, “Why don’t you shut up?” A reply that almost immediately landed me in the principal’s office at my very parochial Catholic school.

Throughout adolescence, I was mis-gendered. I was frequently called “boy”, “he”, and “sir.” Even when I was dressed up on Sundays for church, I was teased for being too “boyish.” People would tell me I might never find a man to marry unless he was gay. I internalized many of these messages thinking something was wrong with my body. Somehow, because it wasn’t petite enough, quiet enough, or dainty enough, I’d never really be happy or in love.

Like Leakes, almost any interpersonal altercation resulted in personal attacks about my body whether it was about my larger than average feet, my deeper voice, or my taller stature. On the streets, if a man felt rebuffed by me, he’d almost certainly say, “Well you ugly anyway. You look like a man.”

In relationships, the guys I dated were often emasculated by peers who implied that my size made me the man in the relationship. I questioned my gender and sexuality wondering if I was in the wrong body. I had attractions to girls in elementary and high school but, out fear of confirming perceptions about my gender, I ignored them. It wasn’t until college that I became comfortable identifying as queer. Not wanting to be measured by my body nor who I dated, I came to define myself as indefinite, non-conforming. I dated across genders in college. I shed much of the gender conforming behaviors I struggled with in adolescence. I explored what I thought was my masculinity only to discover that my femininity just looked different from the “norm.”

I rocked my Jordan’s and Ecko Unlimited suits with comfort and sass. I felt more at ease with my body when I wasn’t stuffing it into hosiery and a dress.

When I met and began dating my now husband (who is a cisgendered heterosexual man), we were often confronted with questions about how our relationship “worked.” Folks concerned that I was “wearing the pants in the relationship” or taking away his right to be a man shadowed our budding love with doubt.

All the work I had done to become comfortable in my skin seemed wasted. I would cry myself to sleep at night worried that he would listen to them. I obsessed about being a “submissive wife” and a “feminine lover.” I bought high heels I couldn’t walk in, I wore weaves that damaged my hair, I basically tried to force fit myself into a narrow conception of femininity because society told me that “feminine” = woman. Not only that, I drank the “feminine means dainty, and soft spoken, and Victorian” bull shit Kool-aid. I bought it all. Wholesale.

It took years for me to figure out that he loved me because I was me not because of my femininity or perceptual lack thereof. And, I had to take a serious look at myself, a critical look, to really understand my reasons for behaving in ways which were contrary to how I truly felt inside.

For some women, perhaps tall, Black women in particular, femininity just looks different. This societal preoccupation with gender norms points to our inability to allow individuals to self-define. We work so adamantly to force others into neat compartments so that we can feel more confident in our own identities. Anyone who challenges our limited frameworks of gender and sexuality is dismissed as weird, inappropriate, or wrong.

That mis-gendering is so frequently wielded against tall, Black women is evidence of a societal inability to deal with variations which occur naturally in humanity. For all the emphasis recently on intentionally triggering phrases like “All lives matter,” there seems to be clear delineations about how those lives must look in order to really matter. But, the truth is: all lives do matter; even the ones that come packaged differently than our televisions, movie screens, and history books say they should be.

Nene Leakes is no saint. I actually appreciate that about her. I can admire her critically. But, no matter what comes out of her mouth or what inappropriate thing she does, no one is entitled to take away her right to be the woman she chooses to be.

Criticize her blonde hair for it’s in-authenticity if you want. Question her business acumen. Challenge her stances on child-rearing. But, let’s leave her gender and femininity alone. Frankly, that part of her, is none of our damn business.