The Univ. of Oklahoma Sigma Alpha Epsilon Chapter’s Racism is Not Random 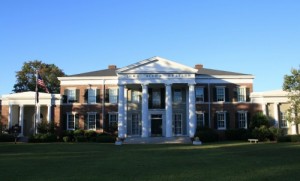 An aberration is an instance which deviates from the norm. This is like having a sunny day in a climate known for its perpetual gray skies. Or, like a typically shy and calm child having an outburst in public. But, racism in America is not random. It doesn’t happen every so often amidst an otherwise inclusive environment. As such, the more we treat the racist video from the University of Oklahoma fraternity like some random, anomalous event, the more we privilege White Americans who still believe racism is only for “bad apples” rather than themselves or the Average Joe or Jane.

When I first viewed this video, I was overwhelmed with un-surprise. Seeing frat boys clapping their hands and chanting the n-word in the presence of their “bros,” significant others, and a bus driver didn’t strike me as weird. Honestly, I think many people of color expect that stuff like this happens at least semi-regularly in White social circles. How else would racial stratification have survived all these years?

However, what I want to push back against here is the framing that media sources are taking with this issue. To deal with this, Shanto Iyengar set forth a framework back in 1991 in his seminal work “Is Anyone Responsible?” which deals specifically with these types of framing choices. This text also happens to be central to my dissertation and is incredibly important in understanding how media choices affect public opinion.

It is incredibly important that we understand exactly how the former type of coverage enables the subversive system of institutional racism to operate under the radar (e.g. colorblindness) while these symptomatic events of individual racial aggression are highlighted as aberrant and caused by a minority group of racist or ignorant Whites. When we see episodic coverage of individual instances of White racism (which I and many other scholars would argue is a generally thematic issue in the United States), we see a concerted effort to minimize the diffusive nature of racism in this country. In the process, we excuse average Whites from taking responsibility for their implicit racist attitudes.

To understand this argument, let’s critically analyze the footage and the media coverage of it.

CNN chose to focus on the “racism displayed in the video” and the larger organization’s decision to shut down the University of Oklahoma chapter. The Washington Post framed the issue in terms like “disgusted and shocked” and “zero tolerance for bad behavior.” Even The Huffington Post focused on the “racist lyrics” chanted in the video. But, they were careful to note that the fraternity was founded in the “Antebellum South” (good job HuffPo). For the most part, framing of this issue has pinpointed this particular instance as bad and inherently antithetical to the “values” of the fraternity.

First, if you notice in the video, these young men had this song memorized. No one was reading the lyrics from paper. No one was prompting them or feeding them lines. And, if anyone knows anything about the pledging process, certain songs, hand shakes, gestures, chants and other sayings are handed down from cohort to cohort. Part of joining a fraternity or sorority is learning the colloquialisms and jargon. This chant, to me, looks like one of those items handed down from the existing fraternity members to the pledge class. This was not an on-site, ad-lib phenomenon like the random musical numbers in the Disney movies. No. This was based in long-standing tradition.

Second, stemming from my prior point, this song required words and clapping. As my dear friend Jasmine said, “they had racist choir rehearsal.” At some point prior to the filming of this footage, they sat in a room, wrote down words, stuck their index fingers in the air to catch the tempo, and asked questions like, “Now, do we clap on the “nig” or the “ger?”” In other words, this took planning. Let’s not pretend otherwise.

Lastly, these young men felt comfortable enough singing this song in front of their dates. And their dates, who can be seen mouthing the words and clapping along, felt comfortable enough with the guys anyway. It’s likely this wasn’t the first time they’d heard the song or something like it. Folks around the internet have been focusing on these men and their “behavior.” They have been concerned that these are the lawyers, businessmen, and doctors of tomorrow. But, what about the women who love them? What about the people who have heard this song and have never uttered a word of admonition? What about the social conditions which made this song acceptable, entertaining, and chant-worthy in the first place?

This is where the individualistic arguments fall apart. At some point, White people have to acknowledge that these issues are not just the products of “bad apples.” They don’t continue to happen because every White person has that one racist White friend. Sadly, most of them are racist (at least to some extent), and so are their friends.

When news media frames these issues as individualized, they play into this notion that Whites – on the whole – are inherently good. They cater to mainstream Whites who are incapable of facing our historic issues with de facto (in fact) and de jure (in law) racism and segregation. And, they situate issues like these within a larger colorblind narrative which allows Whites to be “shocked” and “disgusted” by something they aren’t even actively trying to eradicate.

Stories like these, framed in these ways, help White people who haven’t shown any interest in mitigating existing inequalities and repairing historic racism to feel better about themselves. It helps them sleep at night. But, the truth is, they are just as complicit in the ongoing issues of racism we face in this country as the “bad apples.” Their apathetic approbation and tacit compliance reproduce a colorblind system of racial hatred.

In the end, the White frat boys are racist. But, so are the people who initiated them, the folks they date, the friends they play video games with, and, likely, most of the people in their social circles. That these individuals were captured on film doesn’t make them more racist than anyone else. When the media figures that out, we can start to have real conversations about racism in the United States.