The State of Blacks on Television Looks Good 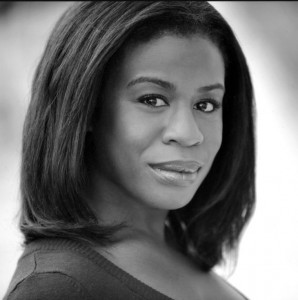 All signs point to 2015 being a banner year for Blacks on television. We are knee-deep in pilot season, and the number of shows with prominent Black actors is staggering. This turn of events (for the better) shows that, unlike popular convention, supporting our community does pay dividends and Black faces are viable moneymakers in Hollywood.

Blacks have gained major ground, especially in television, by building off of the success of others. Scandal begat How To Get Away With Murder and Being Mary Jane which begat new shows for Meagan Good and Paula Patton.

Tyler Perry’s runaway success on OWN begat… more Tyler Perry on OWN.

All of that is just the tip of the iceberg, and the roles aren’t “sassy friend #2” or “drug dealer with a heart” stereotypes either. CBS’ Supergirl has cast 2 Black actors in pivotal roles. Jurnee Smollett-Bell and Aldis Hodge will lead Underground, a series based on the Underground Railroad. Mike Epps and Nia Long headline a comedy, Uncle Buck, based on the John Candy movie of the same name. Wesley Snipes, Morris Chestnut, and Phylicia Rashad are all set to lead new series in the Fall.

And there are many more that I am omitting from this list for simple lack of space. Yes, there are that many.

Gains like this are far from commonplace, and for those reaping from this changing Hollywood dynamic, I’m sure they feel like audience members at a taping of “Oprah’s Favorite Things.”

But, they shouldn’t be in the position to feel that way in the first place. The bulk of these actors are household names and legends that have struggled to find work in an unforgiving industry that has subscribed to “White is right” since its inception. And even with these recent castings, this is not to suggest in any way that diversity in Hollywood is no longer an issue. The recently released 2015 Hollywood Diversity Report from the UCLA Ralph J. Bunche Center makes it clear that Whites are still an outlandish majority. Minorities may be locking down major starring roles, but the casts around them still tend to be monochromatic. 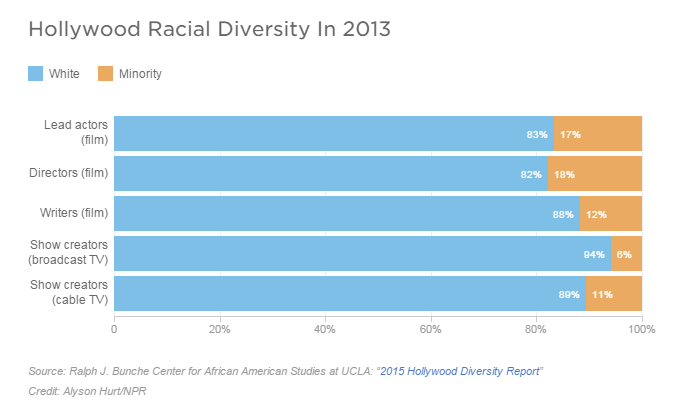 I urge you go read the report (its findings for film and TV are egregious however expected they might be), but there is a silver lining.

“What’s new is that business as usual in the Hollywood industry may soon be unsustainable. Evidence from this report (and its predecessor in the series) shows clearly that America’s increasingly diverse audiences prefer diverse content created with the input of diverse talent. Diversity sells.”

In essence, the surge in attention on Black talent all boils down to the unavoidable success Blacks have achieved in recent years. Shonda Rhimes’ Scandal and How To Get Away With Murder one-two punch has completely locked down Thursday nights. The varying and humanizing roles on Orange Is The New Black have brought critical acclaim and awards. One thing is for sure, shows that feature non-stereotypical Black characters are attracting large and diverse audiences, and that equals money for the parties that put them on air.

This was spelled out to me in the most unlikely of circumstances: a dentist’s chair. As I was having my teeth cleaned, the dental hygienist, a White mother, started talking to me about television and her family’s favorite shows. There was fare that was to be expected (Modern Family and Girls). But then she started talking about her favorite new show, black-ish. She went on and on about how funny it was and how she related to the characters. She heaped praise on its wit and the actors’ performances. She said that it was must-see TV for her family every Wednesday. And in that moment, I knew that television and society were working in tandem, changing minds and attitudes on both ends.

Still, shows like Empire and Orange Is The New Black are much more of the exception that the rule. And if we’re keeping it 100, there is no guarantee that any of these pilots will be picked up as full-fledged series.

The future holds promise. As of publishing this article, there are 73 pilots/series with black actors in the cast. And at least half of those are lead roles. If only half of all of these series actually make it to air, that is still a major uptick in television diversity. As far as I’m concerned, this is a minor win on the way to some major victories come awards time.

For a full list of pilot roles offered to Black actors this season, check out this post at Shadow and Act that will be kept up-to-date with any further announcements.