TV Diversity is Not Affirmative Action

In my recent post “The State of Blacks on Television Looks Good,” I discussed the recent explosion of racially diverse castings for the upcoming TV pilot season. While news surrounding these castings have far and away all been positive, I was just waiting for the other, “what about the White people?” shoe to drop. And yesterday, it fell.

Nellie Andreeva, the TV editor at well respected film industry site Deadline.com, posted an article titled “Pilots 2015: The Year Of Ethnic Castings – About Time Or Too Much Of Good Thing?” that seeks to expose the downsides of the diverse casting deluge. Due to the outlet’s pedigree, I wanted to believe that the article wouldn’t be as bad as the title let on, but it was. 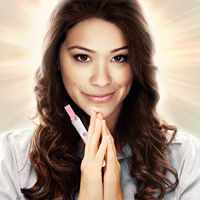 Gina Rodriguez, star of The CW series ‘Jane the Virgin’

Prompted by success of freshman series How To Get Away With Murder, black-ish, Fresh Off The Boat, Jane the Virgin and Empire, the author attempted to outline the drastic shift in the pilot casting landscape for this coming TV season. She made some positive points, calling out responses from gleeful agents that can now send their minority clients to a much wider field of casting calls.

“I feel that the tide has turned,” one agent said. “I can pitch any actor for any role, and I think that’s good.”

But the apparent merits of this sudden turn of events seemed lost on her as she steered her article into a thinly veiled criticism of Affirmative Action practices. She used the term “ethnic quota,” speaking to an unconfirmed studio and network mandate that diversity must be met at all levels of television casting.

“Basically 50% of the roles in a pilot have to be ethnic, and the mandate goes all the way down to guest parts,” one talent representative said.

Is it true? There’s really no way to know as I’m sure no executive would ever go on record to confirm it. But if it were true, would it be a bad thing? For decades people have lamented that what shows up on their TV screens doesn’t accurately reflect real life. One of the most egregious examples in recent history is HBO’s Girls that managed to have its all White New York cast somehow never come across any minorities.

And if we look at the ethnic makeup of the country, the 2013 census reported that Whites only made up 63% of the country. So, in an industry already dominated by Whites, these casting moves are incredibly bold moves to tip the scales back in reality’s favor.

Somehow, Andreeva sees something wrong with that. She uses an anonymous source to relate an instance in which this mandate led to a top choice (obviously Caucasian) to not get cast. It’s the University of Texas case again. But instead of a privileged White person missing out on their preferred college, one is missing out on a television role.

In the cutthroat entertainment business, one could argue that this is actually damaging to an actor’s future as no role or longevity is ever promised. And I’d agree. The problem is I just don’t care. I can’t shed a tear or lose sleep over one White actor’s missed casting when actors of color have been relegated to the scraps for years. And if we are really being honest, that White actor still has many more opportunities because they’ve likely already had much more experience.

And that is where Affirmative Action denouncers get most of their fuel. They argue that “more qualified” candidates are being passed over for the less qualified. The fallacy in that argument is that Whites already have a gigantic leg up, which in this case, leads to them unequivocally having more acting experience. And this circular logic is the perfect closed system to keep Whites ahead and minorities locked out. 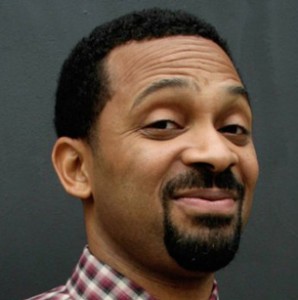 And right on cue, Andreeva throws that information in the mix to cast doubt on the merits, abilities, and potential for success of those minority actors being cast. She goes out of her way to point to rebooted and recast series, Uncle Buck and Love Is A Four Letter Word respectively, that switched White characters for Black ones. And in framing her words this way, she implies that these decisions were made simply to have Black faces, and that no other considerations (storytelling, changed premises, or otherwise) could have prompted the change. Things like that are commonplace in film, but that reality isn’t allowed in this case.

She is right that just blindly casting more color is not a recipe for better TV. Though even in making this good point, she uses 2010’s Undercovers as a rationale, a show that failed not due to the ethnicities of anyone on the cast but to poor storytelling.

The worst of it all was saved for the end, where she implies that this change in casting processes is unsustainable because these shows are targeted at a Black audience.

While they are among the most voracious and loyal TV viewers, African-Americans still represent only 13% of the U.S. population. They were grossly underserved, but now, with shows as Empire, Black-ish, Scandal and HTGAWM on broadcast, Tyler Perry’s fare on OWN and Mara Brock Akil’s series on BET, they have scripted choices, so the growth in that fraction of the TV audience might have reached its peak.

See. White people have their shows and now we have ours. Separate but equal. That framework shouldn’t be broken, and to do so would only bring ruin.

Clearly, the entire basis of her argument, article, and understanding of these shows’ recent success is flawed. And heinously so. To make Empire out to be a show simply targeting Black viewers makes no sense. The same goes for black-ish. Both had solid viewership that would be impossible to achieve by Black viewership alone. Also, they aired during the same timeslot. Is the entirety of Black America watching two TV sets at a time?

If she took two seconds to do research instead of simply writing off of the reports from her anonymous sources, she’d know that diversity sells. The recently released 2015 Hollywood Diversity Report from the UCLA Ralph J. Bunche Center spells that out in black and white. So while she does everything she can to find fault, the simplest explanation is usually the right one. Audiences (White, Black, Brown, Yellow and otherwise) are demanding diversity. And television studios and networks are delivering.