Deadline.com wants you to know that they have heard all of the harsh criticism of their inflammatory article Pilots 2015: The Year Of Ethnic Castings from last week wherin the writer characterized a recent windfall of minority castings in television as Affirmative Action. And they apologize. Sadly, their “apology” fails at proving that they understand their problematic messaging, and in some ways, reinforces the article’s message: Blacks are stealing what has always belonged to Whites. 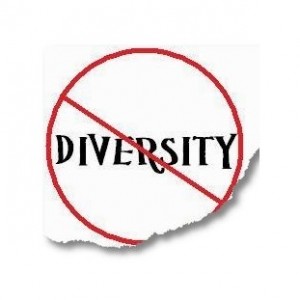 In their weekly column, Peter Bart and Mike Fleming Jr. started out with an immediate discussion of the article, taking a serious tone. They first took aim at the article’s title.

“An unfortunate headline–Pilots 2015: The Year of Ethnic Castings – About Time or Too Much of Good Thing?—created a context from which no article could recover.”

“The only appropriate way to view racial diversity in casting is to see it as a wonderful thing, and to hope that Hollywood continues to make room for people of color.”

Yes, that is the most unfortunate of titles. And if the title were the only mistake, most would have been lenient. But the content followed suit. What they fail to realize is that this was not a simple “misstep” as they put it. It wasn’t just a poorly framed argument. It was a completely erroneous and offensive premise.

And if they claim the title was the big issue, aren’t they standing by the content?

They also found fault in the writer’s clinical, scientific approach of analyzing a data sample and repeated use of the word “ethnic,” citing those as reasons why the article felt “cold.” And any article that uses those methods would feel cold. But any good researcher knows that it’s erroneous to find fault in sound methods. The human element, i.e. the conclusions drawn from the data, was biased. It setup a framework in which Blacks were stealing what Whites “deserved,” pitting Whites and Blacks against one another.

Which they clearly see no issue with.

“My co-editor-in-chief Nellie Andreeva’s goal was to convey that there was such an uptick of TV pilot casting of people of color that it pinched white actors who’ve historically gotten most of the jobs.”

Then they doubled-down on it.

“I have always nodded off at the word ‘diversity’ – it somehow sounds blandly corporate. The dictionary defines it as “composed of distinct forms and qualities” and I find hope in the notion of distinctive. People who are distinctive deserve the opportunities, irrespective of their color.”

I call this “Emperor’s New Clothes” talk. In the fairy tale, the emperor’s new clothes are supposed to be invisible to those who are unfit for their positions, stupid, or incompetent. In fact, there are no clothes, just tailors who lied for fear of failure. While the emperor paraded around feeling like he was in the most magnificent clothes ever made, people were made to believe their perception was flawed if they didn’t see the splendor of his garments. The same goes here. The real message seems incredibly thinly-veiled, because in fact, there is no veil. Believe that you’ve dressed it up any way you like, we still see your naked ass. This pair is cosigning what Andreeva purported in her original piece: minorities are undeservedly taking roles that White people have always been earmarked for and are (at least in their coveted opinion) more qualified for.

Here is where the apology loses merit. You can’t apologize for something you have yet to understand. Don’t issue a blanket apology claiming “we understand why you felt betrayed” without first engaging those you have wronged. How else will you truly understand someone else’s grievances? How else do you prevent yourself from repeating the mistake?

Their response was not all negatives. They called for diversity at all levels of the television industry, from casting directors to showrunners to writers to producers to executives. This is sorely needed if real change is going to last. They also created a “racial diversity in casting” tag and embedded it in the post, even though this article is the only one classified as such so far. I assume this means they plan to highlight cases going forward, a deliberate initiative that would help to keep this important issue front and center. Still, I question their ability to do this effectively when they so clearly haven’t resolved their own problems dealing with race.

I continue to read Deadline.com, and I plan to keep using them as a source. They are the best at staying on top of everything happening in the film and television industry. I don’t think that they have animus or hatred towards anyone based on race. They are well-meaning, just sadly, ill-informed.

It is my sincere hope that everyone at Deadline.com lets this case inform their futures. I hope they learn and become better journalists, editors, and people. But in order to do that they need to focus on those ideals instead of protecting the website.

You can read my recap and response to the prior article here.