It’s only Tuesday, and the foolery is already rampant. Here is a round-up of the most noteworthy WTH news this week. 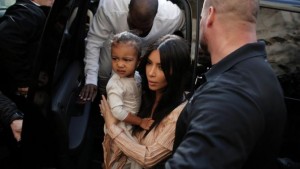 Apparently, Kimye just took a trip to Armenia (where the Kardashian’s trace their roots) and decided to stop off in Jerusalem to baptize little North West. Was their “cool” pastor‘s schedule booked too far in advance? Are baptisms on American soil not good enough for their progeny? Does every life event need to be a publicity opportunity? There is so much to say. There are so many places I could take this. And still, I loathe talking about these fame stalkers so deeply that I’ll just leave it with the headline. 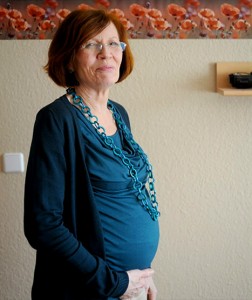 65-Year-Old Mother of 13 Pregnant With Quadruplets

Aaliyah said age ain’t nuthin’ but a number, but damn. Annegret Raunigk of Germany already has 13 children ranging in age from 9-44, but apparently her youngest wanted a younger sibling too. So, after several attempts at implanting fertilized embryos, science triumphed.

I’m all for people living their lives like its golden, but that is supposed to be within reason. This woman is putting herself and her unborn children at great risk on the whims of a nine-year-old. And assuming that the pregnancy and delivery go smoothly, she still has to raise those children at her age. She’ll have four 10-year-olds at 75. Everybody dogged out “the Octo-mom”, but this is a new level of irresponsibility. 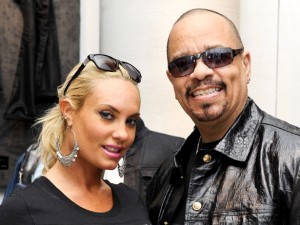 Ice T and Coco Get a Talkshow

I praised the decision to greenlight a talk show for Black celebrity couple Boris Kodjoe and Nicole Ari Parker. That’s progress for Blacks in entertainment and Blacks in general. But, Ice T and Coco? Color me confused. Just who would actually want to watch that show? True, the pair does have a sort of novelty. The second they walk into any room, all eyes must be on them, no doubt trying to make sense of it all. But people will get over that in one episode. What then? Wasn’t Ice Loves Coco enough? This just feels like a new and innovative form of punishment.

Many people are using this video as proof that police are far more lenient on Whites than Blacks. And there is no debating that. Though I can’t indict these particular officers for disparity in actions based on race, this video shows that it is possible for officers to handle situations in which they are actually threatened without resorting to deadly force. Black bodies are being shot in the back while they flee. These White men outright attacked the police. Michael Slager, the policeman that gunned down Walter Scott, fired 8 bullets at him, hitting him five times. This brawl? They physically struggled over a gun, 8-10 shots were fired, and three people were hit with one bullet each. In a litany of cases involving the fatal shooting of Blacks, officers choose to shoot first for fear of their own safety. This video runs just over eight minutes. Clearly, something is wrong America.

Which case is the worst? Tell us your opinion in the comments section below!