Educational Failure, Blackness, and Constantly Having to Save Yourself 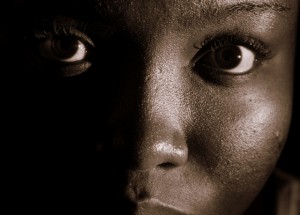 Higher education is not perfect. Nor am I. But, I am worth saving.

There are no magical higher education institutions that have somehow managed to break free of the hold of White Supremacy in the United States. Even historically Black colleges and universities (HBCUs) struggle with their fair share of White hetero-patriarchal ideals (like respectability, homophobia, misogynoir, and cissexism). These realities have come to dominate my existence as a first year PhD student. They constantly remind me of how many times in my life I have had to save myself from the crumbling educational structures around me.

A few weeks ago, I got a pretty depressing grade on an assignment. It was well below the class average, and frankly, I was disappointed in myself. I went into a tailspin about it initially, concerned about my grade in the course. But, after consulting with several of my friends, linking up with a few folks who previously acted as teaching assistants for the class, and redoubling my efforts on studying, I felt a little more confident that everything would work out. It wasn’t the first time this happened.

I was kicked out of Catholic school in sixth grade due to a combination of being an outspoken, extremely tall, authority-challenging Black girl in Oakland, California and a healthy dose of institutional racism. I like to joke that I was the only straight “A” student to ever get kicked out of school. After years of my “uncontrollable behavior,” school administrators were successful in putting me on a performance plan. They tried little to see my eleven-year-old issues as indicative of all children that age. They were convinced I was a lost cause. Suffice it to say, they won.

And, I distinctly remember them throwing a party for my friend who was leaving school. There was no party for me.

Following Catholic school, I went to a public junior high school in East Oakland. There were those who questioned my intelligence and doubted that I was actually doing the work I turned in. But, for one of the first time, there were also several teachers who genuinely wanted to see me thrive and were integral in getting me to accelerated and AP courses in high school. I was shuffled along to the tough courses which I passed with ease. I frequently received straight A’s.

It was in high school that I began to struggle with a lack of educational resources and support. I traveled for an hour each way on the bus from East Oakland to North Oakland to attend Oakland Technical High School’s engineering magnet program. But, the math (beyond Algebra and Geometry) and science courses (between basic science and Chemistry) there were particularly insufficient in preparing me for higher learning. I remember teaching myself matrix algebra because my Trigonometry teacher only spoke to us to say “Hello” and hand out worksheets at the start of class. He rarely graded any work. I never took a test. Still, I managed to come out of the course with an “A.” But, none of this is news. Black girls frequently face barriers to educational attainment in the United States.

Similarly, my Chemistry class had no dedicated book. My teacher usually spent most of the class arguing with students – most of whom ignored him for an hour until the bell rang. Again, I received an “A,” but what I know of Chemistry is spotty at best. My Calculus teacher, a Black man who reveled in the numbers of students who went on to college from his class, almost made me give up on the subject altogether. He once told me that I wasn’t going to amount to anything anyway so I may as well just leave his class since I was wasting his time. He later blackballed me when I applied to become a tutor for underclassmen in Algebra and Geometry – two subjects of which I had a keen mastery.

At this point, my mom remarried. The man she married wanted nothing to do with me. So, I moved to another school in a city 20 miles away. It was a better school in a better school district but, by then, the damage was done. In the end, I was able to get through high school with a 3.7 GPA without any indication that I was completely lacking in core mathematical and scientific training. Aside from a random “D” in government and economics in my final semester of high school, my student record read like the body of work of a promising scholar.

Once I got to USC, it was clear to me that I was not only behind my peers in math and science, I was completely under-prepared for the rigor of math and science in an engineering program. I started out at least a year behind my peers, secretly taking introductory courses in math and science to catch-up to everyone else. I remember struggling with basic formulas, theorems, and concepts others had seen in high school. I hid my unfamiliarity with these subjects by pretending I knew more than I did. I spent hours and hours pouring over text books until I understood the concepts my peers had a mastery of. I struggled through tests and homework. There were lots of tears.

I never worked in study groups because I was never asked. Instead, I befriended every professor and TA and utilized office hours every week. I remember feeling this intense isolation. In discussion periods, other students showed no interest in getting to know me. And, when we had to complete group projects, they usually assumed I had little to contribute. Time and again, I had to prove myself to my predominantly White and Asian male peers. It was exhausting.

My first year of undergrad, I barely scraped by with a  2.03 GPA. Oddly enough, with the issues I was facing with parents and the hell I had gone through to get there, I was pleased. But, it was years before I started consistently seeing “A” grades on my report card.

During my junior year, I found out I would need to have emergency open heart surgery. As I dealt with that news, I also dealt with a computer science professor who thought my story was “convenient.” Instead of letting me take an incomplete in the course (a course which I was carrying a solid “B” in), he refused to give me any extensions on assignments, denied any flexibility on lectures, and forced me to continue the course as outlined in the syllabus. My medical condition, depression, and insane numbers of doctor’s appointments were insignificant. I ended up with a “D+” in the class. It’s the second (and last) “D” I’ve ever gotten in my life.

I was able to turn my grades around after recovering from open heart surgery. With no parents or social network to speak of (apart from the incredibly supportive relationship I had developed with my now husband), I returned the following semester to get a 3.8 GPA landing me on the Dean’s List for the first time in my college experience. I finished undergrad with an Industrial Engineering degree with a minor in Sociology, a graduate certificate in SAP (programming), and a 2.98 GPA after five years of tireless struggle. I was and am incredibly proud of myself. I went through that experience on my own. I achieved it on my own terms. And, I repeatedly saved myself from a system designed to see me fail.

Honestly, I chuckle to myself every time people treat me as though I am some silver spoon fed elitist who has always had “the good life.” It’s downright laughable to me that folks assume that all academics come from privileged backgrounds and stroll through academia without a single obstacle or barrier to entry. The intersections of race, gender, and class were always foremost in my educational experience. Their preeminence has served as the lens through which I view education. While the content has come relatively easy, I have struggled with access, exclusion, invisibility, and marginalization in educational attainment for as long as I can remember.

That grade I got a few weeks ago reminded me of this sore spot in my history. It forced my underlying feelings of inadequacy and illegitimacy to bubble up to the surface. I immediately felt like a seventeen-year-old struggling to catch up to my peers again. I felt like the high schooler with drive but without the access to the curricula I wanted so badly to understand. I felt like an eleven-year-old getting kicked out of elementary school. One bad grade sent me spiraling through an unending chamber of self-doubt. Until I saved myself again.

I know I am not unique. I know that this is the story of many Black scholars today.

The fact is: Blackness in the United States requires self-saving. I would argue that self-saving is now a constitutive element of Blackness. We will always have to save ourselves. There aren’t enough programs, processes, people, and systems to combat systemic racism and exclusion within educational institutions we face every single day. And, White folks just aren’t in the Black people saving business (as evidenced by the social narratives we see everyday).

While I’m confident this won’t be the last time I have to save myself, I’m unsure of what this truly means for us in the aggregate. I guess I and folks like me are living proof that these structural issues can be superseded, but who are we losing in the process? Is this an issue of policy? How do we combat educational disparity and access issues for poorer students who are predominantly of color?

What I do know is that we have become incredibly adept at saving ourselves. Instinctively, it’s is second nature for us. I am taking solace in that for now. I just don’t believe the educational cavalry is coming anytime soon. Not unless we change our expectations of who and what the cavalry is.