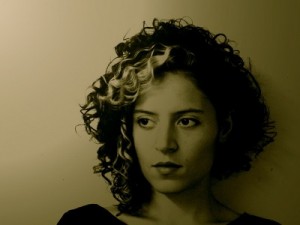 We always try to keep you up on the best in new music, and Emily King’s new effort “The Animals” is definitely one to add to your playlist.

Previous songs “Distance” and “Good Friend” more than prove her soulful chops, but “The Animals,” a cautionary song about friendships, is Emily King’s most impressive work to date. the silky-voiced songstress is backed by a thumping tribal drum and vibrant electric guitar as she relates backstabbing friends to wolves and snakes.

The subdued opening draws you in, putting a distinct focus on the track’s lyrical content.

“I didn’t learn the first time
Lord, I learned the second time
Never again will we ever be friends
They told me don’t feed the animals”

And as the song builds, the message becomes that much more intense.

The message is simple enough, and her soulfully ethereal delivery is the perfect match. That combination proves to be an irresistible one, and as the track fades out, it’ll be tough not to hit that replay button.

Stream the abstract animated video below and look out for new album The Switch, slated for release on June 26th.