Where Have All My “Clap Backs” Gone? On Learning About Time and Place 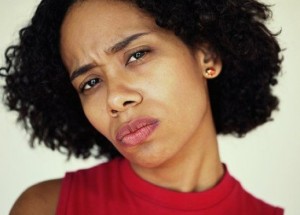 When I was younger, I unapologetically wielded the fearless “clap back.” I had one liners galore. I had biting, snarky sarcasm that shocked the recipients of my ire every time my sharp-tongued words left my lips. Coupled with my wit, I was a force to be reckoned with. But, now I am a bit older. I have learned, for better or worse, the lesson my mom repeated throughout my adolescence that “there’s a time and place for everything.” Yet, I’m not satisfied with what that means for me.

In the name of forced respectability, I’ve shied away from biting back at the racially-tinged comments and marginalization I have encountered specifically in corporate America and academia. While well-meaning, I’m not confident my current approach is doing enough to dismantle the oppression I want so badly to end. Moreover, I’m starting to feel complicit in the perpetuation of myths about Black womanhood that limit folks like me everyday.

This realization surfaced for me just recently when, while looking at a friend’s Linear Algebra notes, I noticed some of the terms looked a bit off. When I mentioned that something seemed weird, a random White guy who I don’t ever really talk to explained that it was just “basic calculations of the matrix determinant.” When I again expressed that something looked off (speaking to my friend and the teaching assistant), he asked me, “Do you know how to calculate the inverse of a two by two matrix?” Instead of clapping back, I started ignoring him. In response, he began to explain that I was probably confused by the basic algebra functions in the problem. When, in actuality, my friend just had a few extra variables in her calculations.

I stopped talking cause, you know, racism and misogyny. Circa 2002, I might have launched a witty retort noting that the commutative algebraic properties I learned never allowed for terms to simply duplicate themselves. Or, I might have put on my sarcastic voice and said, “That’s funny. I could have sworn I was talking to someone important.” But, much to my own (and my friends’ disappointment, I didn’t do any of that. Instead, I just nodded and ignored the guy.

I would argue, in this case, that I “took the high road.” The old me would call this a “punk move.”

Rather than allowing this White male student’s implicitly racial antagonism to goad me into an unwanted altercation, I took stock of the entire situation, weighed the seriousness of the offense, and decided against a reaction that used to be my “Option A.” There have been much worse (recent) events I could note here but I won’t cause…you know…racism and misogyny.

Thinking back further, I still remember the day in undergrad when an incoming freshman student, a White girl, jumped in front of my bike as I was quickly pedalling to my work-study job at the housing division. I had earphones in and couldn’t understand what she was saying. When I removed them, she angrily yelled at me, “Do you work here?!?” Confused by her question since we were standing in the middle of a grassy quad, I said, “I work at Housing.” She gnarled her mouth up into a “stank face” and said, “Where do I go for registration?” I said, slightly sarcastically, “Umm, the registration office…” Irritated with my response, she stomped off. Some would say I should have said something worse but I was so surprised at this young woman – who was my peer – that I was almost speechless.

Another time, a young White woman replied “Sorry we aren’t all from the ghetto” during a Sociology class as I was explaining that some folks have different life experiences than those she was familiar with. And, yet another event involved a White girl referring to Black students at historically Black colleges and universities as “these people.” She wondered why “we” were “letting ‘them’ segregate themselves” out loud in a graduate course in Orange County, Calif.

Suffice it to say, this stuff happens to me regularly. interrogation of my presence, undermining of my intelligence, and stereotyping of my abilities are as common for me as breathing oxygen.

The unbridled comments from (typically White) people who assume that I am the “help,” that I have less academic training than they do, or that I am simply unqualified to occupy predominantly White spaces are literally like the soundtrack of my life. I can recall these events so vividly because they are never expected or welcomed. And, it is often surprising to see how freely these individuals express their biases toward Black women even when the atmosphere around them isn’t in alignment with their views.

On the one hand, I often feel the need to stand up for myself because I know no one else will and I want to prevent the same animus from impacting someone else in the future. I sometimes feel that saying nothing at all is an act which reproduces the violence and hostility committed at these moments. Conversely, though, I never want to seem like the “angry Black woman.” Worried about being “black-balled,” excluded, or retaliated against, I sometimes question the need to say or do anything at all. But, there really isn’t anything I, this one individual in this one individual body, can do to eliminate the stereotyping of Black women en masse. It isn’t fair of me to assume I can.

At this point, I have become incredibly adept at figuring out when I need to “go there” and when I don’t. It is my presence in these spaces that is frustrating and damn near confounding for these folks. To me, clapping back won’t do much to help ameliorate the animus and might actually do more to reproduce the violence I am working against.

What I have chosen to do in response is just thrive. I can’t spend any additional energy fighting battles that can’t be won. I am okay with that. More importantly though, I am moving beyond a point in my life where the “clap back” was my only option. I’ll place that mark of achievement in the “win” column.