Why I Really Want to Stop Talking About Rachel Dolezal 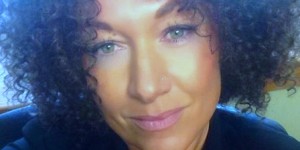 This post was originally titled “Rachel Dolezal and the Audacity of Whiteness.” I was completely prepared to rage against the machine and rehash what everyone else has said about this ordeal. But, then, I realized that I am tired of Rachel Dolezal, whiteness, and all the intersections thereof.

When it came time to write that essay, I simply couldn’t bring myself to pen yet another piece decrying White Supremacy and its boundless nature. I couldn’t spend one more moment explaining why Dolezal’s  claims that she is a Black person are the epitome of her privilege as a White American. I couldn’t waste 750 words shouting into the ether that Dolezal is a conglomeration of one liners from Black movies, quotes from Black authors, and Indian Remy Yaki-ness.  So, I’m not going to do that. I’d rather talk about what Dolezal has done, the issues her farce has raised about blackness, and what it means for real Black people going forward.

From the moment this story hit the mainstream, folks have been writing in response. Some have taken issue with the conflations Dolezal’s acolytes  have made of race and gender. Others have been awestruck at the inconsistent and problematic presentations Dolezal sets forth in her differing interviews. Others still have been concerned with how Dolezal’s masquerade is harmful to actual Black Americans. There are so many think pieces about Dolezal on the internet. So much air time and web space has been dedicated to this White woman, posing as a Black woman, in the past few weeks. But why though?

As far as the media goes, White people really like to discuss themselves. I’ve said it before but, White folks seem to feel most at ease when they can simply be White amongst other White people enjoying whiteness. Therefore, I’m not really surprised Dolezal is the juiciest story these (predominantly) White news outlets have right now.

As for Black news outlets, I know that some media groups just have to cover this stuff. Unlike the personal blogs (like this one), they have no choice but to attempt to get “the latest scoop.” I respect that. I don’t like it. But I respect it.

However, it has been more perplexing to see the staggering numbers of Black people caping (definition: the act of putting on a cape to save this heifer like Clark Kent did for Lois Lane) for Rachel Dolezal. Rather than talking about her character, pretending to be a licensed pathologist, or pontificating about her intentions, I’d rather explain why our infatuation and, in some cases, defense of Dolezal is indicative of a deeper problem we (Black people) have with respectability, White Saviors, and the exploitation of Black women’s bodies.

Case and point: This White woman posing as a Black woman has been lauded by many in the Black community for “doing something for us.” In essence, she behaved like a respectable Black person should (even though she’s White) by leading and working with the NAACP. Their need to praise Dolezal’s White Savior Complex ignores the fact that while “doing something for us,” Dolezal also reinforced the very violent, very exclusionary act of silencing and erasing Black women’s experiences in the United States.

Her efforts to literally place her feet in Black women’s shoes meant that there were some Black women who went barefoot. She took up space in academia and in a prominent social organization when a Black woman – perhaps one who has identified that way since before 2002 – could have had access to those opportunities. Why should we continue rewarding this deceit with coverage and other accolades?

Even worse, some Black men have indicated that Dolezal’s caricature of Black women’s skin and hair is akin to the fashion and hair choices celebrity Black women make. Meme after meme has indicted Black women like Beyoncé, Ciara, and Mary J Blige for straightening their tresses or donning blonde extensions. Why? These men argue that these fashion choices are no different from what Dolezal has done to darken her skin and make her hair kinkier.

The problem with this line of reasoning should be obvious. There are two main issues with this claim. First, Black women’s choices in hair or makeup doesn’t make them assimilable into whiteness. The one-drop rule in this country has always set a baseline that any African-descendant lineage makes an individual Black. Second, and more importantly, Black women who do pass for White do so for survival purposes. Historically, “looking White” could mean greater access to employment opportunities, less risk of harm in public spaces, and opportunity to marry outside of one’s race without persecution from the law. Any argument which ignores these very real facts is just as ficticious as Rachel Dolezal’s identity.

Similarly, Dolezal’s embodiment of blackness strikes much the same low, underdeveloped notes as we have seen by the likes of Miley Cyrus, Katy Perry, and Taylor Swift. These disembodied, exaggerated mockeries of “The Black Experience” (as if there is only one) prove that Dolezal isn’t actually Black. Instead, she seems taken with the fetishized caricatures of Black womanhood. Her rise to fame seems oddly meta in that way. Frankly, every time Rachel does an interview, an angel loses its wings. And, sadly, the more hype we give her story, the more likely she is to get a book deal, reality television show, or other reward for her audacious whiteness at the expense of Black people.

Honestly, I feel like Dolezal’s actions have shone a light on many of the issues we face in Black social movements and existence. We can’t quite decide if there are boundaries to blackness or, if there are, who gets to set them. Her elaborate Catfishing experiment makes it clear that blackness can and will continue to be infiltrated. This is not something that can be avoided. But, rather than offer more lip service, arguing against those who would like to give Dolezal credit which she did not earn, I’d rather start to work through the very important secondary effects her clandestine affair has had on what it means to be Black in the United States.

Suffice it to say, I won’t be writing about her in this space ever again. This was my first and last time. What I will say though is her antics raise important questions about who we are and who we choose to be. So, let’s stop talking about her and spend more time talking to one another about us.