How FOX’s X-Files Marathon Will Reinstate My Blerd Card 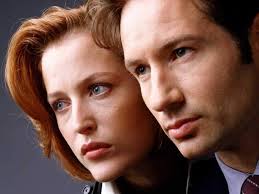 If you haven’t heard, The X-Files is returning to television for a limited run. David Duchovny and Gillian Anderson will both be back as Fox Mulder and Dana Scully. And blerds are hotly anticipating the shows debut. But in all of the hype, I’m feeling a bit left out. Why? Well, I have a secret. And for a modern day blerd, it’s a big one.

I have never seen a single episode of The X-Files.

I know this may come as a shock. I am a Buffy the Vampire Slayer devotee. I still stan for Fringe. I even watched the entire run of Roswell. But somehow, that younger me never found it in him to tune in to one of the most known and successful sci-fi shows in history.

But now, I can be redeemed.

In the promotional push up to the debut of The X-Files six episode limited series, FOX will release the entire series, all 9 seasons, one episode a day, until the series bows. Yes, that is 201 straight days of The X-Files.

Here is the official logline for the returning show:

Thirteen years after the original series run, the next mind-bending chapter of THE X-FILES will be a thrilling, six-episode event series helmed by creator/executive producer Chris Carter, with stars David Duchovny and Gillian Anderson re-inhabiting their roles as iconic FBI Agents FOX MULDER and DANA SCULLY. This marks the momentous return of the Emmy- and Golden Globe Award-winning pop culture phenomenon, which remains one of the longest-running sci-fi series in network television history.

If that wasn’t enough to start rumblings of nerdgasms across the nation, they have also released a buzz trailer that shows a bit of new footage. Of course the trailer is mostly packed with old footage, but that iconic theme along with Mulder and Scully’s voices even sends chills down this uninitiated viewer’s spine.

So, from July 7th through January 24, 2016, get your daily dose of The X-Files. You can find the videos as they release on FOX’s official The X-Files webpage.