What if We Loved Black Women Like We Love Black Male Rapists? 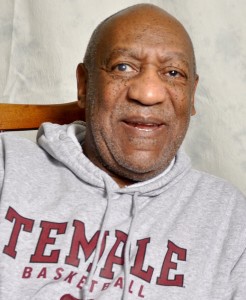 When I was seventeen, I was groomed and preyed upon by a high school basketball coach. He told me to stop wearing panties if I wanted to get a ‘real man.’ He invited me to drink, smoke weed, and hang out with his twenty-something year-old friends. He explained to me that part of becoming a woman was wrapped up in how men viewed me. For months he did these things. Then, when I had ongoing issues with my abusive dad, he coerced me into sex (an act of statutory and coercive rape) after I asked for his help and called him on a school day seeking safety.

Oddly, even though this happened to me over a decade a ago, I was only able to admit and come to terms with it just before my 30th birthday. This is mainly because his actions, taking advantage of, manipulating, and coercing a teenaged girl at his place of employment (a public high school) into sex, are normalized in a country consumed by rape culture. In fact, they’re defended especially when the rape survivors are Black women.

I remember when I first told someone about what had happened to me. I told her that I was a virgin before it happened and she didn’t believe me. She accused me of lying about my virginity but never questioned the actions of the man who preyed on me. Another person I told indicated that I should feel honored or special because the man involved was attractive and a lot of other girls at the high school wanted to “go with him.” More and more young Black men and women found innovative ways to valorize the man who preyed upon and manipulated me into sexual intercourse when I really just needed help and safety. Because he was a role model for the basketball team and a “nice guy,” they undermined my experiences. Eventually, I began believing their arguments. I stopped talking about it altogether.

Like the man who sexual assaulted me, Bill Cosby did all the things sexual predators know to do in order to avoid public ire. He gave money to schools. He presented himself as a pillar in the Black community. He became “America’s Dad.” With a rap sheet like that, imagine how difficult it would be for anyone to believe he wasn’t an honorable, pure, and just human being?

In my case, the man who coerced me befriended me and made me think he was an older brother figure. He listened to me discussing my issues at home with the intention of exploiting those hardships later on. All the while, I’m sure he considered that, by building this relationship with me – an impressionable, vulnerable girl, he’d never have to worry about being accused of rape. Sadly, he was pretty much right.

My experiences in high school echo many of the recent defenses of Bill Cosby. Originally, singer Jill Scott jumped to Cosby’s defense. She has since recanted. Now, after news broke that Cosby admitted to procuring drugs for the purpose of raping women, comedian and TV host Whoopi Goldberg joked about drug use and claimed that Cosby still hasn’t been “proven a rapist.”

To be clear: Even after over 40 women came forward describing being drugged and raped or otherwise sexually assaulted by Bill Cosby and he admitted to procuring drugs for the purpose of raping them, some people still don’t believe it. I have seen posts on social media where people are blaming media bias for the revelation of Cosby’s drug procurement. Others have latched onto this being a conspiracy to bring down the Black man. All the while, the dozens of women whose bodies were violated and lives were infringed upon by Cosby’s predation have had to sit by watching people scramble to the aid of their rapist.

Yes, Bill Cosby raped and abused over 40 women and people are more concerned about him and his legacy.

Perhaps, the most disappointing aspect of this conversation is the fact that Black people, Black men in particular, have been some of the most consistent voices in defense of Cosby. Like R. Kelly, the fascination with his fame and on-screen persona seem to outweigh the love these individuals have for their mothers, daughters, sisters, cousins, aunts, and friends. But what if we all loved women as much as we loved rapists? Specifically, what if we loved Black women as much as we loved Black male rapists?

I imagine, in a world where we actually loved Black women, rapists like Bill Cosby and R. Kelly and the countless others who remain unidentified wouldn’t have the cloak of reputation to hide under. They wouldn’t be able to use our mental commitments to disbelieving Black women against us. They certainly wouldn’t have the power to silence the women who they victimized with threats, bribes, or other forms of manipulation.

In a world where we loved Black women as much as we loved Black male rapists, this article wouldn’t even exist because sexual justice wouldn’t be seen as a euphemism, a silent attack on Black men. In this world, the very real attack on Black womanhood in the form of sexual and domestic violence wouldn’t be seen as less important than the imaginary assault on Black manhood. Sex would be understood as an agreement between two consenting parties. Consent wouldn’t be relative. Plausible deniability wouldn’t be a “Get Out of Jail Free” card to be wielded even after folks are found guilty of sexual assault and violence.