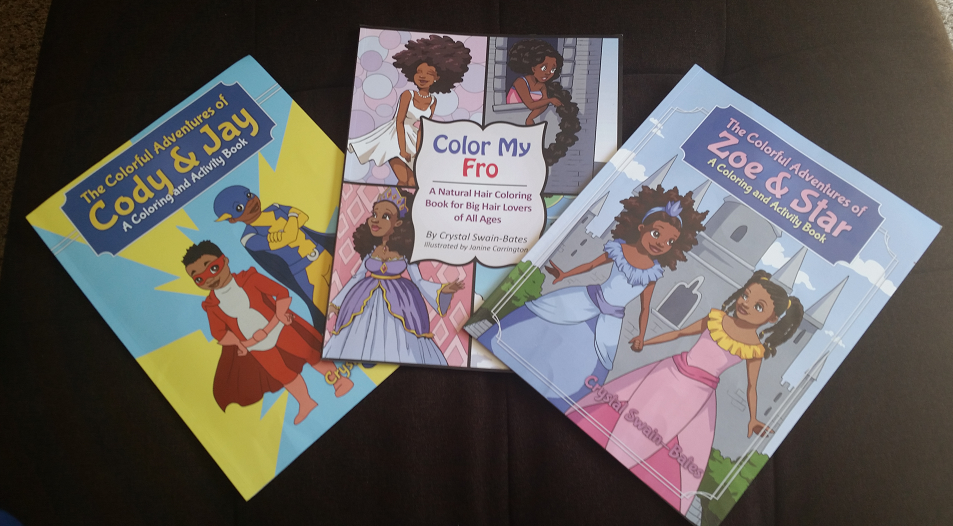 I have been a fan of Crystal Swain-Bates’ collection of books for kids for quite some time now. So, I recently expanded the household collection to include three coloring and activity books. This is probably one of the smartest purchases I’ve made in a while.

Color My Fro: A Natural Hair Coloring Book for Big Hair Lovers of All Ages

Color My Fro is my three-year-old daughter’s favorite coloring book. One particular page, where a young Black girl eats a triple decker ice cream cone, continues to draw her attention. The beautiful curly haired girl is rocking afro puffs, a detail my daughter noticed immediately. She loves the Black Rapunzel and the afro clad ballerina. The great thing about these books, though, is that every image is gorgeous and different, something you can’t typically find in other brands of children’s books. 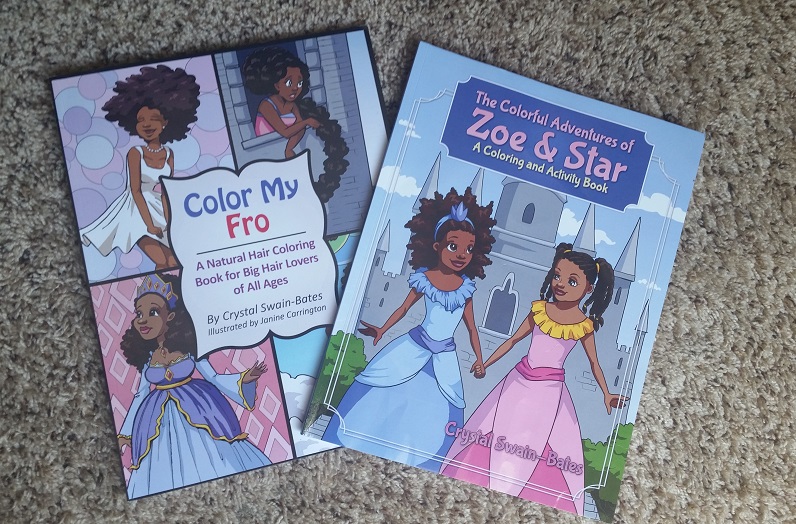 The Colorful Adventures of Zoe & Star

My daughter loves princesses. But, after she grew an unhealthy attachment to “Frozen,” I made a concerted effort to find images of princesses that looked more like her. One of those searches led me to Zoe and Star. The two Black princeses sell lemonade, roller blade, and even become mermaids together. My daughter’s favorite pages are the ones where she can draw hairstyles for each day of the week. I’m glad she has these images reflected back at her at such a formative period of her life.

The Colorful Adventures of Cody & Jay 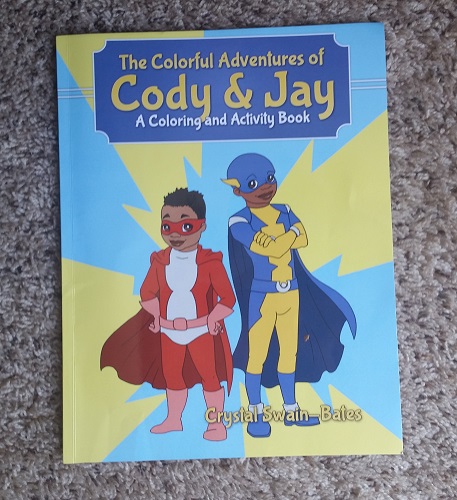 I wasn’t going to buy this coloring and activity book about Cody and Jay. When I first showed it to my seven-year-old son, he said he thought it was a “baby book.” But, after reading some reviews, I chose to go ahead and get it anyway. I was pleasantly surprised at his reaction.

He first opened the book a little hesistantly but he was pleased when he saw that Cody and Jay weren’t doing “baby stuff” at all. In the images, they were working in a science lab, performing magic tricks, and even turning into robots – all things that my nerdy Black son finds incredibly intriguing. Now, whenever he sees his sister coloring, he immediately runs to find his coloring book too.

I’m so pleased with these books that I have decided to start collecting them all. I have seen a marked difference in how my younger two children, in particular, discuss their hair since introducing them. My one-year-old son even enjoys the collection.

I would recommend these for any child but especially for kids with kinkier or curlier hair whose features are more phenotypically associated with blackness. Those kids are less likely to see positive images with kids like them in their local grocery or department store. But, they deserve to imagine themselves in the adventures of Zoe & Star and Cody & Jay because they are just as valuable as any other child. Plus, it doesn’t hurt to support a great brand with a Black woman at the helm.

You can purchse any of Crystal Swain-Bates’ books in our Amazon Store. Just click on ‘Kids-Books.’