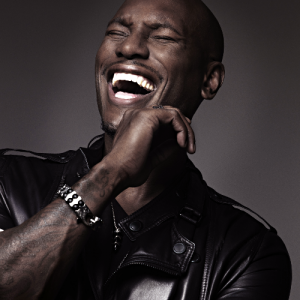 Remember when R&B music was about singing? When lyrical content meant something? When it was true to its name, rhythm and blues? Tyrese is here to remind you of that simpler, better time with his final album Black Rose.

Yes, you heard that right. This is Tyrese’s last ever solo album. And while that statement leaves the door open for him to do group work like his critically acclaimed TGT album 3 Kings, it means this will be the last time Tyrese can put together a solid album like this.

On his more contemporary tracks, Tyrese produces music that would fit in easily on today’s radio stations. Lead single *Dumb S**t “featuring Snoop Dogg plays with musical elements from Soul 4 Real’s “Candy Rain” and The Fugees’ “Killing Me Softly”, for a smooth Cali-inspired groove. On “Don’t Wanna Look Back” featuring Chrisette Michele, the two soul singers make an unlikely and refreshing combination. And “Rest Of Our Lives,” his collaboration with Brandy, is a sweet dedication to lasting love.

As with most R&B albums from male singers, there are a few overtly sexual cuts that I’m sure will be crowd pleasers on tour. “When We Make Love” and “Gonna Give You What You Need” (aka “Leave It In Music”) aren’t Tyrese’s most impressive vocal performances and the lyrics are far from inspired, but “Body Language,” arguably just as explicit in lyrical content, is a much more artful attempt at expressing sexual desire. 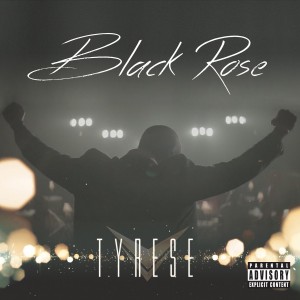 Still, the album really shines when Tyrese plays the part of a classical R&B crooner. “Waiting On You” could have come straight out of Al Green’s catalogue with the live organ-led instrumentation. The album’s second single “Shame,” along with its accompanying video, is all about channeling an old school soul singer’s life. Set to just a piano, “I Still Do” encourages couples to commit to love like couples used to, not allowing the issues encountered along the way to be reason enough to go back on a promise of forever and give up on love. And on “Leave,” the album’s crowning achievement, Tyrese has a begging and desperation in his voice that hasn’t truly been evoked for decades.

Through the entirety of Black Rose, you won’t find any autotune or songs built more upon bass than melody. What you will find are smooth harmonies, emotional depth, and some truly epic runs to his vocal prowess. It’s not often that you can point to an album where the production and performance are firing on all cylinders throughout, but Black Rose has some amazingly melodic tracks that give Tyrese space to just sing his butt off.

When Tyrese exploded into the music world on the heels of that infamous Coca-Cola commercial, I had his self-titled album in constant rotation. With certified classics like “Sweet Lady,” “Nobody Else,” and “Lately,” that album made it known that Tyrese was a force to be reckoned with. It was straight R&B, sometimes urban and other times traditional, from an unmistakable voice. Black Rose follows that same formula, making it the perfect bookend for his solo career.

Purchase Black Rose from our Blerd Store or by clicking here.